CERN’s ATLAS Experiment and the Ongoing Search for Extra Dimensions 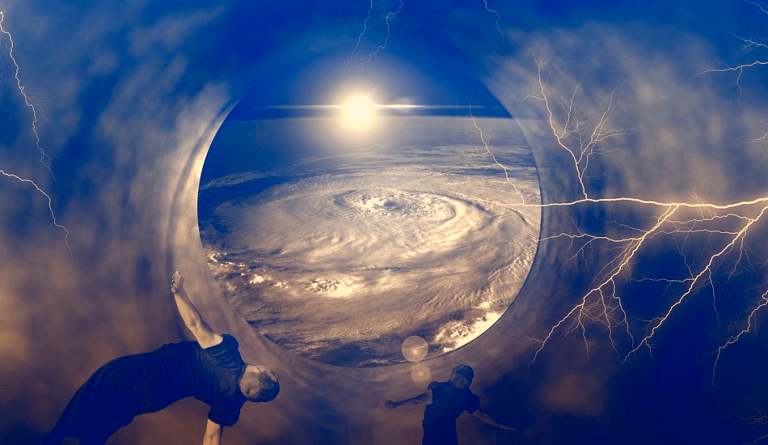 ATLAS is a general-purpose detector at CERN tasked with finding extra dimensions. (Image: PhotoVision via Pixabay)

ATLAS is a general-purpose detector at the Large Hadron Collider (LHC) at CERN in Switzerland. It is being used to research subjects like dark matter and the Higgs Boson, and whether or not the existence of extra dimensions can be proven.

Every person is aware of the three dimensions in our universe — length, width, and depth. The task of ATLAS is to find out how many more dimensions might exist other than these and whether or not we can perceive or access them.

The three-dimensional model came into question when scientists began to observe that it does not actually explain the exact way we experience the universe. Some scientists combined the three spatial dimensions with a fourth one called the temporal dimension to come up with a space-time hypothesis of reality. However, here too problems arise.

Gravity seems to be such a strong force on massive objects like planets, stars, and so on. But gravity is somewhat overpowered by the other fundamental forces at a tiny scale. For instance, when a piece of steel comes near a magnet, it gets attracted to the magnet. This magnetic attraction completely overwhelms the entire gravitational pull of the planet.

The ATLAS experiment was set up precisely to answer such discrepancies. “Beams of particles from the LHC collide at the centre of the ATLAS detector making collision debris in the form of new particles, which fly out from the collision point in all directions.

Six different detecting subsystems arranged in layers around the collision point record the paths, momentum, and energy of the particles, allowing them to be individually identified. A huge magnet system bends the paths of charged particles so that their momenta can be measured,” according to the CERN website.

Scientists hope that the data generated by the experiments will be enough to point toward the existence of extra dimensions. For this, they are looking for three specific occurrences. The first is the presence of massive particle traces, the second is the existence of microscopic black holes, and the third is the missing energy triggered by gravitons that migrate to other higher dimensions.

Gravitons, the theoretical particles associated with the force of gravity, play a key role in the experiment to detect extra dimensions. According to a hypothesis, gravitons can move in all dimensions. As such, if we successfully create gravitons in the LHC, it is possible that we might also witness them leaving our dimension. This can also explain why gravity is weaker than other fundamental forces — because the gravitons are leaking into extra dimensions other than the one we are observing.

The LHC is colder than outer space. It is “1.9 K (-271.3°C), almost absolute zero. A cryogenic cooling system keeps it this frigid for the sake of the superconductor electromagnets, which send proton beams hurtling towards one another in a loop 100 metres below the ground… A set of gargantuan detectors then crunch some of the data from 40 million collisions a second,” according to Weforum.

Additionally, the World Wide Web, thanks to which you are reading this article right now, was created at CERN. It was originally developed as a tool to help scientists share large amounts of data with one another around the world. The technology evolved and became the Internet that we all know today. PET scans, used to diagnose cancers, are another form of tech that came out of CERN.