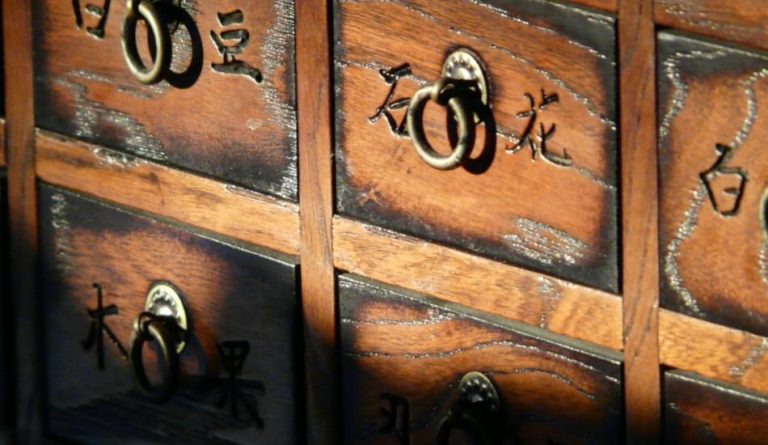 Song Qing was held in high esteem because he carried out his trade in a completely independent and unique manner from other merchants. (Image: technicolours via Flickr)

In the mid-period of the Tang Dynasty, there was a herb merchant named Song Qing who lived in the capital of Chang’an in the western part of the city. During that time, there was a well-known adage that held: “Medicinal herb merchant Song Qing is a person with righteous thinking.”

Being a humble merchant, how was he held in such high esteem? This was because Song Qing carried on his trade in a completely independent and unique manner from other merchants.

The first difference in his trading method was that he treated the herb pickers particularly well. When the pickers returned from the remote mountains and deep valleys, they first of all brought their herbs to Song Qing and he selected the herbs of the highest quality.

Song Qing would pay the pickers top price, over and above the usual rate offered by other merchants. In this way, the valuable medicinal herbs, along with their herbal quality and herbal potency, became readily available to Song Qing and were naturally of higher quality than the herbs available to other traders.

The physicians in Chang’an used Song Qing’s herbs and supplemented them with their own prescriptions. They would all sell well, so everyone had high praise for Song Qing. Those who were sick and had sores on their bodies would approach Song Qing for medicine in order to recover health as quickly as possible. Song Qing always acceded to every request.

The second difference in his trading method was that regardless of whether the patient was rich or poor, Song Qing would always dispense the best herbs. For those patients who had no money, Song Qing would ask them to write out an IOU note before taking away the medication. It was left up to the patient’s honor whether or not they returned to pay Song Qing when they later had the money.

Over time, Song Qing accumulated a lot of unpaid IOU notes, but he never pursued anyone for payment. Even for those that came from far away, whom he did not know, Song Qing would provide medicine for them to take away if they wrote him an IOU note.

At the end of each year, for those patients Song Qing considered to be no longer able to afford to pay the IOU, he would burn the IOU notes and bonds and never again mention anything about it. At that time, other merchants in the western city thought that Song Qing was an idiot and poked fun at him. They told Song Qing: “You really are an idiot!” However, there were those who believed that “Song Qing is a moral and righteous person.”

When those comments reached Song Qing’s ears, he responded: “I’m just a man who earns money to support my family. I’m not a moralist, but it’s wrong to say that I’m an idiot.”

There were those who laughed, ridiculed, and doubted Song Qing, but there were also those who much admired him. During his 40 years of operating his medicinal store, Song Qing burned more than a hundred IOU notes. Among those who provided the IOU notes, some later became senior officials of the central government and some became officials of the local county. When they were successful and returned to the western city, they came to pay off the IOUs and offer their gratitude to Song Qing and even brought gifts for him.

For decades, even though there were over a hundred people who did not pay Song Qing, this did not prevent him from becoming rich. Song Qing’s good deeds inspired more and more people to believe that his most fundamental pursuit was not to make money but to save people’s lives. With this motive, he was willing to forgive the IOUs, and still he would not sell substandard medicine to his patients. Such an honest and kind-hearted merchant naturally wins people’s trust. Because he was so honorable, word of mouth naturally spread and more and more people visited his store to buy medicine.

Obviously, Song Qing’s way of carrying out his trade was far-sighted, noble, and fair, thus enabling him to “reap long-term profits and benefits.” This was unlike some other merchants who only looked for immediate profit, but the moment they could not get payment, they became angry and changed their attitude, to the extent of losing their customers by scolding and becoming their enemy.

Historical records have summarized his way of doing business and how he became rich. It is believed that the root of his success was because of his “sincerity,” that is, no matter what kind of business you are in, as long as you are honest and focused, you will eventually succeed. At that time, Song Qing, who didn’t know much about the art of marketing, relied on “sincerity.”