What Does the Future Hold for the Kuomintang Party in Taiwan? 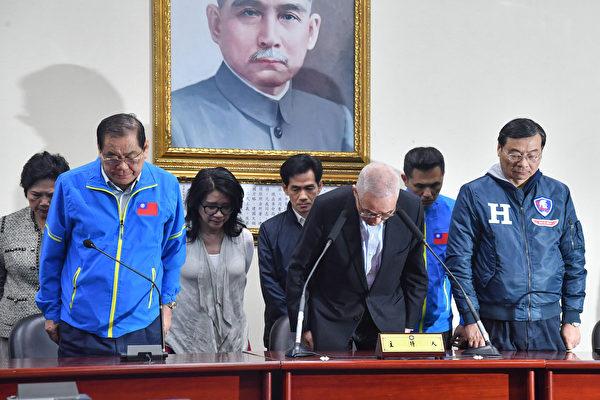 The defeat of KMT (Kuomintang) in the Taiwanese election is a good thing from the perspective of party interests. (Image: The Epoch Times)

The defeat of Kuomintang (KMT) in the Taiwanese election is a good thing from the perspective of party interests. Historically, it was the KMT that was the enemy of the Chinese Communist Party (CCP). The main venue for the elections was plastered with the KMT holding up the national flag everywhere and shouting the long live the nation slogan with the audience. How did the Democratic Progressive Party (DPP) behave? There were no national flags held up or slogans shouted for the nation; but it was the DPP, and not the KMT, that won the election.

The people of Taiwan are not concerned about slogans for the nation being voiced or whether the national banner is raised high or low. People care deeply about whether the voice is anti-communist, about fighting communism, the wish to prevent the penetration of communism, and anti-communist banners to fight back against the CCP are held high.

This odd phenomenon cannot be blamed on Taiwanese voters or the DPP ’s propaganda, but on the KMT itself, which has forgotten the lesson from its ancestors and the party’s original intentions. The KMT’s original stance was to fight for democracy and freedom for all Chinese. It was for the liberation and happiness of all Chinese. But a hundred years later, the KMT’s founding spirit has been forgotten by these KMT descendants. Some KMT people have even abandoned it.

Given the election results, the KMT needs to reflect and think about its future — whether it still wants to go back to the motherland (mainland China) or whether it still wants to retain the heroic spirit of its predecessors. If the KMT can reinvigorate itself this time, rediscover itself, and hold to its original intention, it shall be responsible for its mission and achieve it.