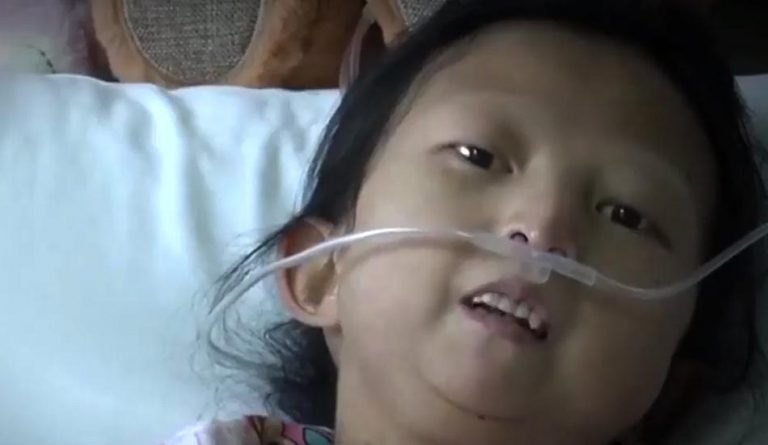 A Chinese student who lived in poverty has died from malnutrition, with people angry that almost a million yuan donated for her welfare never fully reached the poor soul. The victim, Wu Huayan, was 24 years old.

Born in 1995 into a poor family, Wu had a terrible childhood. “After her mother died when she was four, Wu lived with her father and younger brother, Wu Jianglong, who suffered from mental health problems for which he required frequent medical treatment. Much of the family’s meager earnings went to paying her hospital bills,” according to the South China Morning Post. When she was 18, her father died. The only source of income was a small government subsidy of 300 yuan (US$43) per month.

Wu received an annual scholarship of 7,000 yuan (US$1,009), which was used to cover her college expenses. However, the cost of her brother’s treatment weighed down on the finances quite severely. To ensure that her brother’s medical care continued, Wu stopped eating proper meals. For almost five years, she ate nothing but boiled rice with pickled chili. Inevitably, this took a toll on her body as she became malnourished and weak.

Last October, Wu started experiencing trouble breathing and walking. She was diagnosed with kidney and heart problems. Wu was hospitalized. She appealed to the media for help. An organization called Charity 9958 used two different platforms to raise almost 1 million yuan (US$144,000) for her heart surgery. However, Wu never gained enough weight to get approved for the procedure. At the time of her death, she weighed just 30 kg.

Soon, the media started accusing Charity 9958 of running a scam in Wu’s name. Of the 1 million yuan the organization collected, a maximum of 20,000 yuan (US$2,883) was apparently paid toward Wu’s hospital expenses. The rest was kept back by the organization. A former member of Charity 9958 revealed that the group often targeted critically ill people to swindle money. “They waited until the patient died so they could take the interest income… This income, by law, can be given as a staff bonus instead of charitable aid,” she said to Phoenix New Media’s Ifeng.com (BBC).

Despite the Communist Party claiming that it will end poverty by this year, the fact is that millions of people in rural regions live on very little income. They neither can eat nourishing meals every day nor get a good education due to income constraints. Wu’s death is a stark reminder of this reality.

According to Ma Wenfeng, an analyst from Beijing Orient Agribusiness Consultant, poverty is returning to the Chinese countryside, which accounts for almost 40 percent of the nation’s population. “We [society] look down on the agriculture sector and farmers are seen as in the lowest class in our society. Only when we provide these workers with the same rights — in terms of pensions, education and so on — can the agriculture [sector] problem be resolved,” Ma said to the South China Morning Post.

Since 2014, rural income has been on a decline. In the first half of 2019, rural income fell by 20 percent, with the per capita income estimated at 809 yuan (US$117) by the end of June 2019 compared to 1,023 yuan (US$148) at the end of 2018. A big reason for the poor income among farmers is that they do not own the land they cultivate. Instead, they have received it under lease for 30 years. As such, farmers cannot sell the land, which would have brought some sort of financial security.