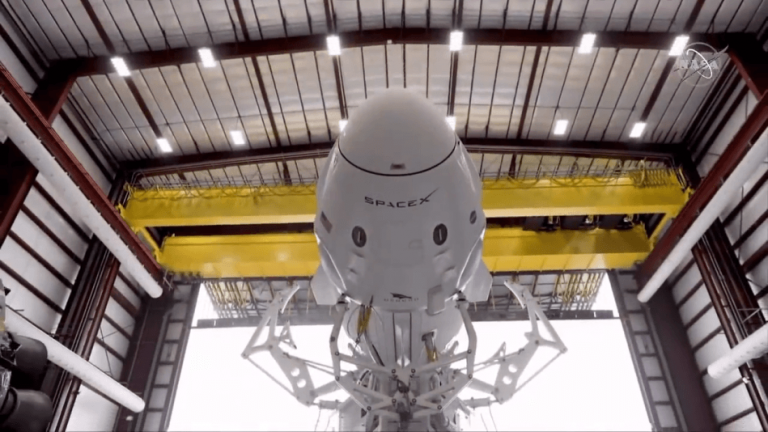 Elon Musk’s SpaceX successfully finished an abort maneuver of its Crew Dragon spacecraft, demonstrating that it has the ability to get astronauts to safety in case an unforeseen emergency threatens their journey. This brings Musk’s dream of using Crew Dragon to launch astronauts to space one step closer to reality.

“The rehearsal at Kennedy Space Center saw a Falcon-9 vehicle’s ascent into the sky deliberately terminated just 80 seconds after lift-off. The Dragon astronaut capsule on top fired its escape engines to carry itself clear of the “faulty” booster. Parachutes brought the vessel to a safe splashdown some 30 km off Florida. No humans were involved in the practice abort; the only occupants of the Dragon ship were a couple of Anthropomorphic Test Devices,” according to the BBC.

Experts from the U.S. Air Force and SpaceX were stationed offshore to recover the capsule. Musk congratulated everyone involved in the test and pointed out that the peak velocity of the Dragon at the time of the abort maneuver was over two times the speed of sound. SpaceX is one of the companies contracted by NASA to take over the transportation of astronauts from earth to low-earth orbit. Since NASA retired its space shuttles in 2011, no American astronauts have been sent to space from American soil.

The current test, Demo-1, opens the path for Demo-2, which would be a crewed test flight. NASA has selected Doug Hurley and Bob Behnken to be the members of the test that will ferry them to and from the ISS. Musk expects Demo-2 to occur in the first quarter of this year. Though the original plan for Demo-2 was expected to last only about a week or two at max, NASA is apparently considering having it extended to a longer time period as they want Bob and Doug to do more experiments aboard the space station.

Given that NASA has been using Russian Soyuz spacecraft to get American astronauts to space since 2011, Musk is hopeful that the Crew Dragon will make American space exploration more domestic. “I think the United States is very much a nation of explorers, a distillation of the human spirit of exploration… Anyone who has an adventurous bone in their body is going to be very excited about this… And I think it will help reinvigorate interest in space,” he said in a statement (Space).

SpaceX is also building a huge spaceship called Starship. According to Musk, the ship will be capable of carrying around 100 people to Mars. “Starship design goal is 3 flights/day avg rate, so ~1000 flights/year at >100 tons/flight, so every 10 ships yield 1 megaton per year to orbit,” he said in a tweet.

The ultimate aim is to set up a colony on Mars and populate it with 100,000 people by around 2050. The ship will use the Super Heavy rocket to lift itself off Earth and get into space. However, the return trip from Mars won’t need any rockets as the planet is much smaller than Earth. As such, Starship will be able to launch by itself from Mars.

The first operational run of Starship is expected to happen next year when it will be used to put communication satellites in space. In 2023, SpaceX plans on taking a group of tourists to the Moon using Starship.