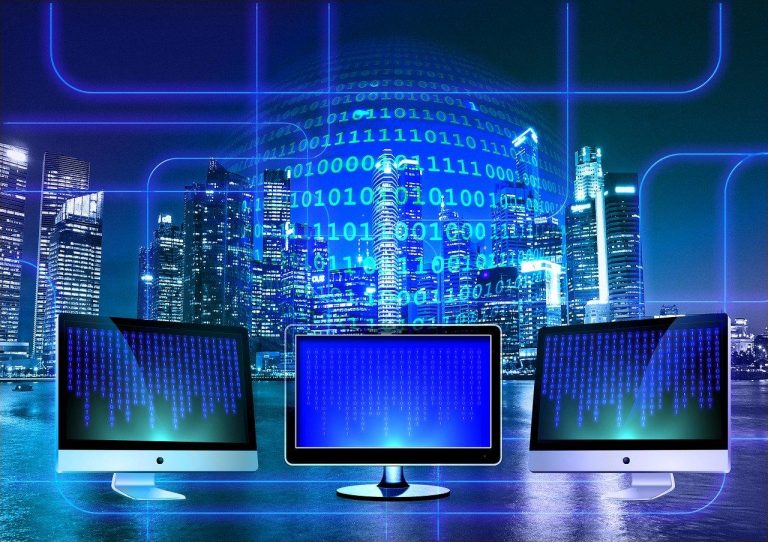 Entanglement describes a very particular type of quantum state that is not attributed to a single particle alone, but which is shared between two different particles. (Image: via pixabay / CC0 1.0)

Physicists at LMU, together with colleagues at Saarland University, have successfully demonstrated the transport of an entangled state between an atom and a photon via an optic fiber over a distance of up to 20 km — thus setting a new record. This is a step toward a quantum network.

Entanglement describes a very particular type of quantum state that is not attributed to a single particle alone, but is shared between two different particles. It irrevocably links their subsequent fates together — no matter how far apart they are — which famously led Albert Einstein to call the phenomenon “spooky action at a distance.” Entanglement has become a cornerstone of new technologies based on effects at the quantum level and its distribution over long distances is a central goal in quantum communication.

Now, LMU researchers led by physicist Harald Weinfurter, in collaboration with a team at the University of the Saarland in Saarbrücken, have shown that the entangled state of an atom and a photon can be transmitted via an optic fiber (like those used in telecommunications networks) over a distance of up to 20 km. The previous record was 700 meters. Weinfurter said:

“The experiment represents a milestone, insofar as the distance covered confirms that quantum information can be distributed on a large scale with little loss.

“Our work therefore constitutes a crucial step toward the future realization of quantum networks.”

Quantum networks essentially consist of quantum memories (made up of one or more atoms, for example) that act as nodes, and communication channels in which photons (light quanta) can propagate to link the nodes together. In their experiment, the researchers entangled a rubidium atom with a photon, and were able to detect the entangled state — which now shares the quantum properties of both particles — after its passage through a 20-km coil of optic fiber.

The biggest problem the experimenters faced started with the properties of the rubidium atom. Following targeted excitation, these atoms emit photons with a wavelength of 780 nanometers, in the near-infrared region of the spectrum. “In an optic fiber made of glass, light at this wavelength is rapidly absorbed,” Weinfurter explains. Conventional telecommunications networks therefore make use of wavelengths around 1550 nanometers, which markedly reduces losses in transit.

Obviously, this wavelength would also improve the experimenters’ chances of success. So Matthias Bock, a member of the group in Saarbrücken, built what is called a quantum frequency converter that was specifically designed to increase the wavelength of the emitted photons from 780 to 1520 nanometers.

This task itself posed a number of extremely demanding technical challenges. It was imperative to ensure that conversion from only a single photon to only one other photon happens and that none of the other properties of the entangled state, especially the polarization of the photon, were altered during the conversion process. Otherwise, the entangled state would be lost, Weinfurter said:

“Thanks to the use of this highly efficient converter, we were able to maintain the entangled state over a much longer range at telecommunications wavelengths, and therefore to transport the quantum information that it carries over long distances.”

In the next step, the researchers plan to frequency convert the light emitted by a second atom, which should enable them to generate entanglement between the two atoms over long telecommunications fibers. The properties of glass-fiber cables vary depending on factors such as the temperature and strain to which they are exposed.

For this reason, the team intends to first carry out this experiment under controlled conditions in the laboratory. In the event of success, field experiments will be undertaken also adding new nodes to a growing network. After all, even long journeys can be successfully completed by taking one step at a time. The findings were published in the journal Physical Review Letters.

Provided by: Ludwig Maximilian University of Munich [Note: Materials may be edited for content and length.]