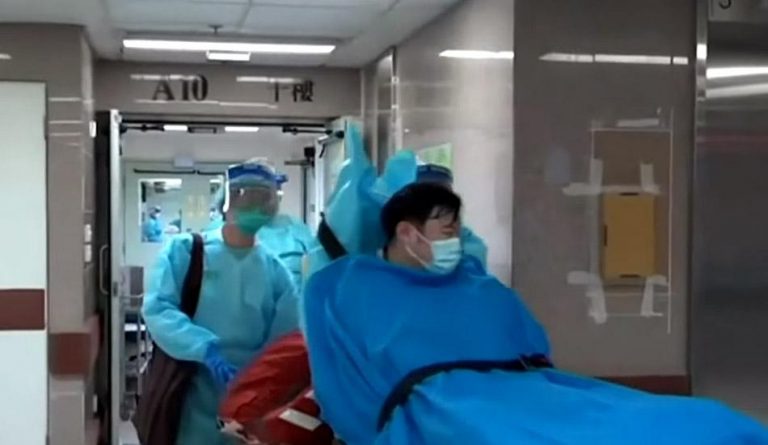 The coronavirus could turn into a major pandemic. (Image: Screenshot via YouTube)

Dr. Eric Feigl-Ding, a Harvard epidemiologist and health economist, has warned that the Chinese coronavirus spreading fast throughout the world could turn out to be a major pandemic.

The academic quoted a study showing that the basic reproduction number of the infection (R0) is 3.8. By contrast, the seasonal flu attack in most years only has an R0 of 1.28. The 2009 flu pandemic had an R0 of 1.48 while the catastrophic 1918 Spanish flu that infected 500 million people worldwide had an R0 value of 1.80.

“A 99% quarantine lockdown containment of Wuhan will not even reduce the epidemic’s spread by even 1/3rd in the next 2 weeks. Thus, I really hate to be the epidemiologist who has to admit this, but we are potentially faced with… possibly an unchecked pandemic that the world has not seen since the 1918 Spanish Influenza. Let’s hope it doesn’t reach that level but we now live in the modern world with faster (travel) than 1918,” Feigl-Ding (@DrEricDing) said in a series of tweets.

Feigl-Ding also quoted a study by a scientist from the Imperial College of London in which the R0 value is shown to be 2.6, which, while lower than the other study, was still “extremely bad,” he said. In another series of tweets, Dr. Ding points out that the new coronavirus is an RNA type, meaning that the viruses have RNA as their genetic material rather than DNA. This basically allows the virus to have a high mutation rate, enabling it to change properties quickly.

When researchers isolated the coronavirus from six patients belonging to the same household, they discovered that the RNA sequences of all six viruses were different from each other. This is a clear sign that the virus is evolving fast, which makes containing it all the more difficult. At the end of January, the official number of people infected in China had overtaken the number of cases in the 2002-2003 SARS outbreak.

“The semi-autonomous city of Hong Kong, which has reported eight cases of the virus, announced Tuesday it was closing many of its border crossings with mainland China, slashing the number of tourist visas it issues to mainland Chinese visitors, and halving the number of inbound flights from the mainland,” according to CNN. Hong Kong administration has asked government employees to work from home for the week.

Dr. Tedros Adhanom Ghebreyesus, Director-General of the World Health Organization (WHO), recently admitted that an earlier report from the organization had misanalyzed the severity of the virus, classifying its global risk as “moderate” when in fact it was “high.”

“WHO deeply regrets the error in this week’s situation report, which inserted the word “moderate” inaccurately in the #coronavirus global risk assessment. This was a human error in preparing the report. I have repeatedly stated the high risk of the outbreak,” he (@DrTedros) said in a tweet.

The WHO on January 30 declared the coronavirus outbreak a “Public Health Emergency of International Concern.” Outside of China, cases have at the time of writing been confirmed in Japan, South Korea, Singapore, Australia, Sri Lanka, UAE, Germany, France, Canada, and the United States.