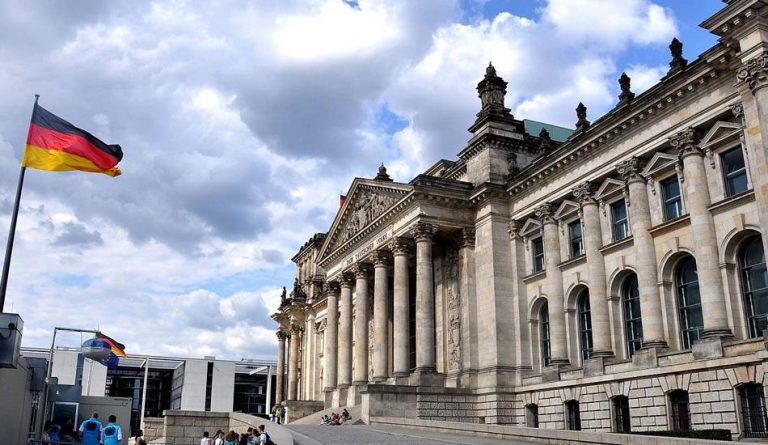 Having debt below 60 percent is expected to allow Germany to respond to any financial crisis quickly without taking the help of other countries. (Image: GNU FDL via Wikimedia Commons)

In 2019, Germany’s Debt-to-GDP ratio fell below 60 percent for the first time since 2002. This has allowed Germany to become compliant with the Maastricht criteria as agreed to by the EU states.

The Maastricht criteria, also called the “Euro Convergence Criteria,” are a set of conditions that nations will have to fulfill in order to adopt the Euro as their currency. There are four criteria in total, all of which are explained in Article 121 of the Maastricht Treaty. These include price stability, sustainable public finances, the durability of convergence, and exchange rate stability.

Exchange rate stability rules require that the applicant country must have joined the European Monetary System’s (EMS) Exchange Rate Mechanism (ERM II) for two consecutive years during which it should not have devalued its currency.

Sustainable public finance mandates that a country’s government debt-to-GDP does not exceed 60 percent at the end of the preceding fiscal year. Even if this specific target is not achieved, the ratio should have declined from previous figures and should be moving toward the target at a good enough pace. As far as Germany is concerned, it was only in 2002 that the country fulfilled this objective. It has taken the country nearly 18 years to once again comply with the Maastricht debt rules.

It is believed that having debt below 60 percent will allow a country to respond to any financial crisis quickly without having to take the help of other countries. In addition to keeping debt below 60 percent, one more important factor of sustainable public finance is the annual government deficit. According to the rules, the annual government deficit to GDP should not exceed 3 percent at the end of the preceding fiscal year.

After the 2008/09 global financial crisis, Germany introduced a debt brake that is in practice even now. “Germany’s debt brake allows a federal budget deficit of up to 0.35 percent of gross domestic product (GDP). That’s equivalent to about 12 billion euros (US$13.3 billion) a year but once factors such as growth rates have been taken into account, Berlin only has the scope to increase the new debt by 5 billion euros (US$5.5 billion) next year (2020),” according to Reuters. This policy has come under fire from critics who argue that the state should take more debt to fuel growth.

Germany has been experiencing slow economic growth over the past years. While the GDP growth for 2017 was 2.7 percent, it fell to 1.5 percent in 2018, and then to 0.6 percent in 2018. Some experts suggest that Germany is on the brink of a recession. On the bright side, the pent-up demand for public investment from cities and towns across the country is estimated to be 138 billion euros (US$1.52 billion). If Germany can make these investments, it can stimulate growth and might keep the country from slipping into recession.

However, such an act might raise debt levels beyond the 60 percent limit.  To overcome this, the government is reportedly considering setting up a ‘shadow budget’ where new debt taken on by public investment agencies will not be accounted for under the federal budget.