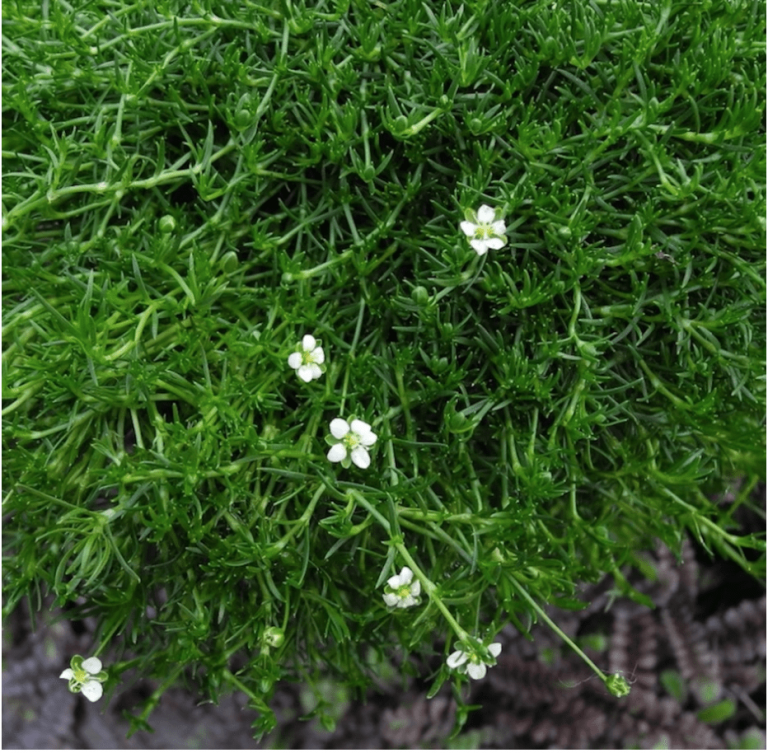 Irish moss is good for your health. (Image: via Two Green Thumbs)

Irish moss is a type of seaweed that has been in use in Ireland for centuries. According to local folklore, it was once carried by travelers for protection and was considered to bring good luck. The benefits of this moss include its use as cattle fodder, mattress stuffing, and treatment for medical conditions like pneumonia and tuberculosis.

The benefits of Irish Moss

One of the main health benefits of this moss is its ability to balance hormones in the thyroid. “Irish Moss contains the vital thyroid hormone precursor DI-Iodothyronine (DIT), and the thyroid hormones Thyroxin (T4) and Tri-iodothyronine (T3). If the thyroid doesn’t produce these hormones as it should, this can have a detrimental effect on metabolism and many other bodily systems. These have been found to be the main organically bound iodine compounds in brown sea moss (Irish Moss),” according to Indigo Herbs.

Of the 102 minerals contained in the human body, Irish moss is said to have 92. You will find it extremely difficult to obtain any other edible item that can contribute so many minerals to your body in one go.

In addition, it also provides nutrients like beta-carotene, sulfur, and pectin. An amino acid called taurine is found in Irish moss in greater quantities than in any other type of seaweed. Given that this is a nutrient that can alternatively be obtained only through meat, this moss should be made an important part of any vegan or vegetarian diet.

Another of the benefits of Irish moss is for those troubled with digestion issues, it can prove to be the perfect remedy. For one, the fiber acts as a natural scrubbing agent during elimination, which keeps the bowels clean and the digestive process optimal. It is also prebiotic, meaning that healthy gut bacteria can feed on it. This helps with better absorption of nutrients from food. The anti-inflammatory properties of this moss soothe the intestinal walls and also help diminish the effects of heartburn, vomiting, and nausea.

Yet another of the benefits of Irish moss is the incredible effect it has on the skin. “The carrageenan in Irish Moss can help soften skin, strengthen hair, and soften the scalp. And in addition to its benefits as an external skincare product, Irish Moss also contains 15 of the 18 elements that make up the human body, which means it is highly useful in rebuilding damaged, undernourished skin from a cellular level. Irish moss is also good for use against eczema, some rashes, psoriasis, and minor burns,” according to Health Root.

Even though there are many benefits of Irish moss, you should not consume it in unreasonably large quantities. At best, you should only use 1 teaspoon of dried plant with a cup of water, limiting yourself to one or two cups a day at max.

To prepare a lip-smacking Irish moss drink, you will need 100 grams of moss, 6 cups of warm water, 1 cup of almond milk, 1/4 cup of a sweetener like maple syrup or coconut nectar, 2 tbsp of flaxseed, 1 tsp of vanilla, 1/8th tsp of nutmeg, and 1/8th tsp of cinnamon.

Put the moss in a colander and wash off any excess sea salt or debris on the plant. Put the moss and the flaxseed in a bowl and fill it with warm water. Let it soak overnight. In the morning, the water should have thickened and the moss expanded in size. Drain out the excess water and put the sea moss into a blender. Puree it into a paste until the texture looks gelatinous. Scoop the paste out and put it in a jar to refrigerate.

When you feel like having a drink, put 4 tbsp of the Irish moss paste into a blender together with vanilla, almond milk, cinnamon, nutmeg, and a sweetener of your choice. Blend until it becomes a smooth consistency and serve. Enjoy this sweet, healthy beverage!