6 Mountaintops Every Travel Enthusiast Must Conquer 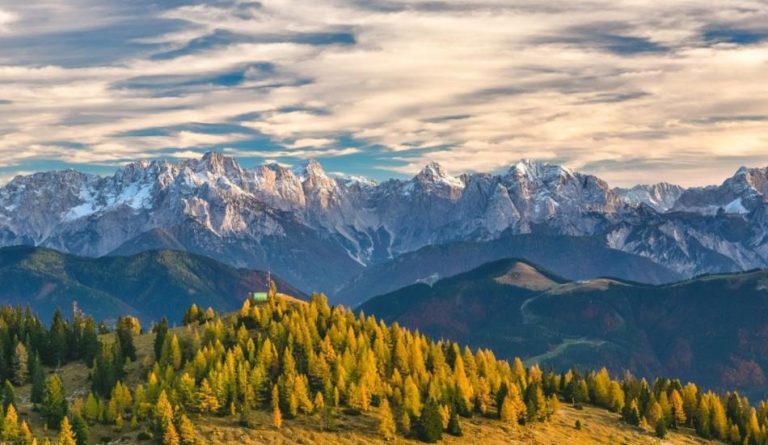 The effort you put into climbing a mountain is rewarded by the view from the peak. (Image: domelaci via Pixabay)

Climbing mountains is definitely an exhausting task. But once you reach the mountaintops, the view of the surrounding region will make all that effort worthwhile.

This is basically the highest mountain above sea level on Earth. As such, visiting it at least once in your life is a must. “Located in the border of Nepal and Tibet, the mountain can be reached through both the countries… The best time to visit the base camp or for climbing is between April and June, or between September and November. During these seasons, the temperature will be comparatively warm and the place will be dry too,” according to Travelogy India.

However, do keep in mind that those who wish to climb the peak will be required to train for over a year. This is done to ensure that you have the proper mental and physical attributes to finish the climb. Since it is so tall, many people have gotten lost or died and their bodies haven’t been recovered. But those who do climb it can proudly claim to be among a handful of people who have done so. Even if you don’t climb all the way up, the entire mountain range is so beautiful that it warrants a trip.

The mountain is located on the border of Italy and Switzerland. Though it is not the highest peak in Europe, what makes the Matterhorn so unique is its striking pyramid shape. It is about 14,692 feet above sea level. However, most people climb only up to 6,560 feet since anything beyond that would be risky.

Mount Logan is the tallest mountain in Canada and is located in the Kluane National Park and Reserve. It has the “second highest summit in North America and has the largest circumference of the base when compared to the several mountain ranges of the world map… Hikers here can have an adventurous experience being surrounded by dense forests, iced rivers, picturesque landscapes, wild animals and several species of birds. Due to the tectonic action in this area, Mount Logan is continuing to grow in height even today,” according to Travel Triangle.

Located in Iceland, Kirkjufell is often called the “church mountain.” It is the most photographed site in Iceland thanks to how stunning it looks. The waterfalls and beaches surrounding Kirkjufell only increase its appeal. If you are a Game of Thrones fan, you will be excited to know that the mountain appeared in a few scenes in the show.

“The Bogda Peak is the highest of a two-mile, permanently snow-capped ridge that juts forth from Central Asia’s UNESCO-protected Tian Shan mountain range. Making it even more remarkable, the northern perimeter of the mountain drops into the Turpan Depression, which is an earthly hollow located some 500 feet below sea level,” according to Green Global Travel. Its sides tend to be very steep, sloping about 70 to 80 degrees at times. Due to this, the climb can be a big challenge for some people.

At over 20,310 feet above sea level, this is the highest peak in North America. Located in Alaska’s Denali National Park, it was called Mt. McKinley until 2016. The name was changed to Denali since it was the name the natives used for the mountain before the region was colonized by Europeans. Summer is the best time to visit and you might get some postcard-worthy shots of the mountain together with the surrounding forests.