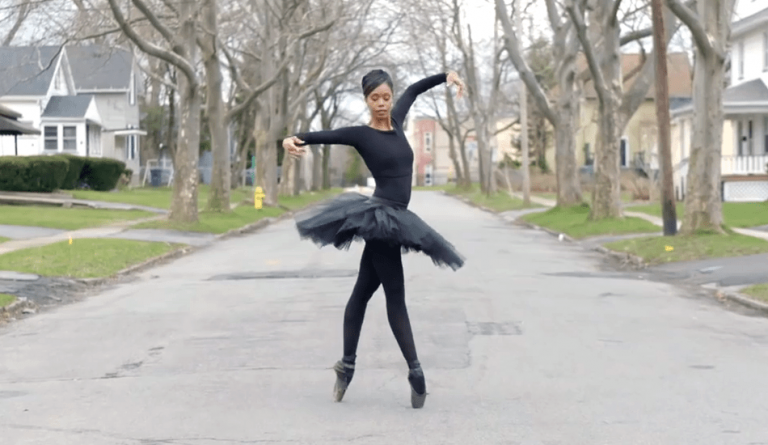 For most of her career, Aesha Ash was the only African-American ballerina dancing with the New York City Ballet. (Image: Screenshot via YouTube)

Aesha Ash is a ballerina from the U.S. For most of her career, she was the only African-American ballerina dancing with the New York City Ballet. After she retired in 2008, Ash set up the “Swan Dreams Project,” which aims to encourage more women from her community to take up ballet as an art and career.

“While exposing more African-American communities to the ballet, I also hope to promote greater involvement and increase patronage to this beautiful art form. The Swan Dreams Project’s goal is to convey the message that beauty and talent are not constrained by race or socio-economic status. I want our youth to know that they are not limited by stereotypes nor by their environment, but only by their dreams,” according to the project’s official website.

Born in 1977, Ash started taking jazz classes during her early childhood. She soon moved into ballet and was accepted in the School of American Ballet at 13 years of age. When she was 18, Ash joined a ballet company, and over the years, performed in the U.S. and Switzerland. Her decision to retire in 2008 was largely driven by a desire to set up a stable home. However, Ash still wanted to remain involved in ballet in some way. In 2011, she first started laying down the plans for the Swan Dreams Project.

Ash donned her ballet dress and started walking around Rochester, accompanied by a few photographers. Whenever she struck a pose, whether it be at a Broad Street aqueduct or a downtown bus station, the photographers made sure to capture the stunning imagery. After the photos were posted online, they started attracting attention. People wanted to meet her and discuss the project. Ash developed a plan for workshops that would teach children etiquette, nutrition, and obviously, ballet.

After her first workshop, Ash was satisfied that all her plans for the project had succeeded. “When we went out to our first circle and the kids began counting in French and performing the steps they had just learned, my heart melted. It was all something I had envisioned since 2011, and I was finally seeing it all come together… I liked [that] they experienced a bit of this structure and discipline that one experiences as a dancer. That is something that they can take with them and apply to many aspects of their lives,” she said to Democrat & Chronicle.

The first African-American ballerina to have danced for a major classical ballet company is said to be Anne Raven Wilkinson. In 1955, she signed a contract with the Ballet Russe de Monte Carlo according to which she was to work full-time as a dancer. However, the times were such that she was asked to powder her face to appear whiter in front of the audience. For a few years, she danced with the troupe without any issues.

In 1957, Wilkinson started facing discrimination at the places the company was touring. A hotel owner refused to allow her inside and sent her to a “colored” motel. From then on, incidents of discrimination kept on rising. As word of her involvement spread, the company started being boycotted and faced bomb threats.

In 1961, Wilkinson left the ballet troupe. She later moved to the Netherlands where she worked for the National Ballet for 7 years. Wilkinson came back to the U.S. and worked with the New York City Opera until 2011. She died in December 2018, remaining a source of inspiration for many young ballerinas.