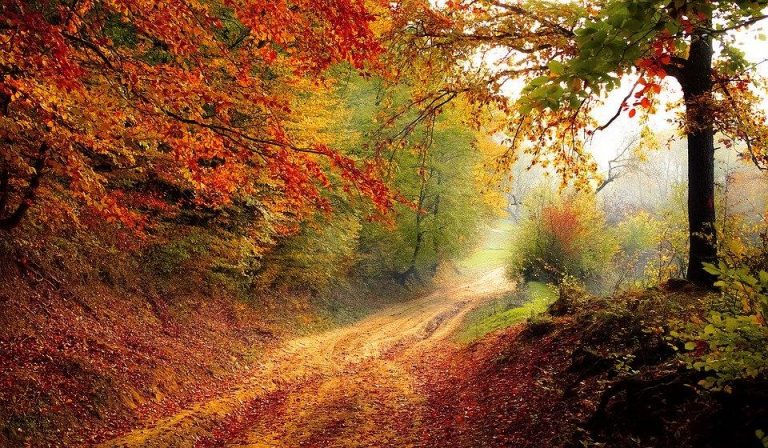 An international team of researchers say that findings reveal a daunting outlook for our changing climate. (Image: Valiphotos via Pixabay)

An international team of researchers says findings reveal a daunting outlook for our changing climate. Chi Chen, a Boston University graduate researcher, and Ranga Myneni, a BU College of Arts & Sciences professor of earth and environment, are authors of a new paper that reveals how humans are helping to increase the Earth’s plant and tree cover. This cover absorbs carbon from the atmosphere, cools our planet, and slows global warming.

The boom of vegetation, fueled by greenhouse gas emissions, could be skewing our perception of how fast we’re warming the planet. Taking a closer look at 250 scientific studies, land-monitoring satellite data, climate and environmental models, and field observations, a team of Boston University researchers and international collaborators have illuminated several causes and consequences of a global increase in vegetation growth, an effect called greening.

In a new study, published in Nature Reviews Earth & Environment, the researchers report that climate-altering carbon emissions and intensive land use have inadvertently greened half of the Earth’s vegetated lands. And while that sounds like it may be a good thing, this phenomenal rate of greening, together with global warming, sea-level rise, and sea-ice decline, represents highly credible evidence that human industry and activity are dramatically impacting the Earth’s climate, say the study’s first authors, Shilong Piao and Xuhui Wang of Peking University.

Green leaves convert sunlight to sugars while replacing carbon dioxide in the air with water vapor, which cools the Earth’s surface. The reasons for greening vary around the world, but often involve intensive use of land for farming, large-scale planting of trees, a warmer and wetter climate in northern regions, natural reforestation of abandoned lands, and recovery from past disturbances.

Global warming is being moderated by increased global greening

And the chief cause of global greening we’re experiencing? It seems to be that rising carbon dioxide emissions are providing more and more fertilizer for plants, the researchers say. As a result, the boom of global greening since the early 1980s may have slowed the rate of global warming, the researchers say, possibly by as much as 0.2 to 0.25 degrees Celsius. Study co-author Dr. Jarle Bjerke of the Norwegian Institute for Nature Research said:

“It is ironic that the very same carbon emissions responsible for harmful changes to climate are also fertilizing plant growth, which in turn is somewhat moderating global warming.”

Boston University researchers previously discovered that, based on near-daily NASA and NOAA satellite imaging observations since the early 1980s, vast expanses of the Earth’s vegetated lands from the Arctic to the temperate latitudes have gotten markedly more green.

“Notably, the NASA [satellite data] observed pronounced greening during the 21st century in the world’s most populous and still-developing countries, China and India.”

“Svalbard in the high-arctic, for example, has seen a 30 percent increase in greenness [in addition to] an increase in [summer temperatures] from 2.9 to 4.7 degrees Celcius between 1986 and 2015.”

Over the last 40 years, carbon emissions from fossil fuel use and tropical deforestation have added 160 parts per million (ppm), a unit of measure for air pollutants, of CO2 to Earth’s atmosphere. About 40 ppm of that has diffused passively into the oceans and another 50 ppm has been actively taken up by plants, the researchers say.

But 70 ppm remains in the atmosphere, and together with other greenhouse gases, is responsible for the land warming patterns that have been observed since the 1980s. Study co-author Philippe Ciais, of the Laboratory of Climate and Environmental Sciences, Gif-sur-Yvette, France, said:

“Plants are actively defending against the dangers of carbon pollution by not only sequestering carbon on land but also by wetting the atmosphere through transpiration of ground water and evaporation of precipitation intercepted by their bodies.

“Stopping deforestation and sustainable, ecologically sensible afforestation could be one of the simplest and cost-effective, though not sufficient, defenses against climate change.”

It is not easy to accurately estimate the cooling benefit from global greening because of the complex interconnected nature of the climate system, the researchers say.

“This unintended benefit of global greening, and its potential transitory nature, suggests how much more daunting, and urgent, is the stated goal of keeping global warming to below 1.5 to 2 degrees Celsius, especially given the trajectory of carbon emissions and history of inaction during the past decades.”

Provided by: Boston University [Note: Materials may be edited for content and length.]