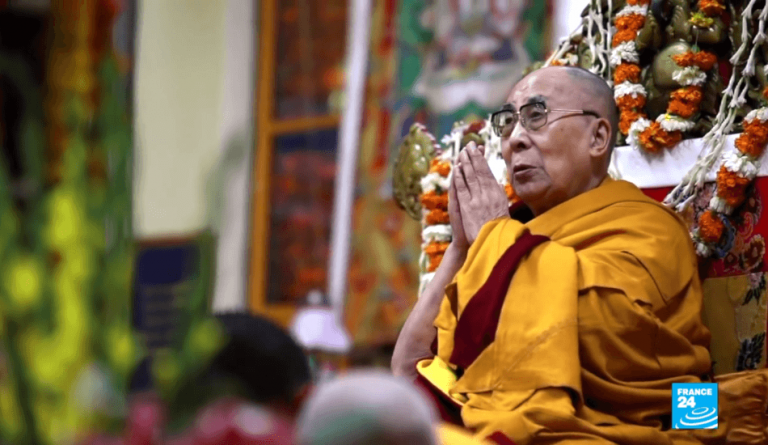 The U.S. House of Representatives recently passed a bill called the Tibetan Policy and Support Act (TPSA) in support of Tibet’s spiritual and cultural values. (Image: Screenshot via YouTube)

The U.S. House of Representatives recently passed a bill called the Tibetan Policy and Support Act (TPSA) in support of the spiritual and cultural values of Tibet. The bill, introduced by Democrat Jim McGovern, was passed with an overwhelming majority of 392 votes. Only 22 votes were registered against the bill. It encourages the U.S. to set up a consulate in Lhasa, the capital of the Tibet Autonomous Region.

“The legislation would establish as U.S. policy that the succession of Tibetan Buddhist leaders, including a future 15th Dalai Lama, be left solely to the Tibetan Buddhist community, without interference from the Chinese government. The bill states that if Chinese officials interfere in the process of recognizing a successor or reincarnation of the Dalai Lama, they will be subject to sanctions under the Global Magnitsky Act,” according to CNN.

Opposition to the bill came from the House Freedom Caucus members. Since the bill proposed annual spending costs of US$27 million during the 2021-2025 period, it evoked strong opposition from fiscal conservatives. Much of the spending authorized under the bill will be accounted for by projects aimed at preserving Tibetan culture and language, scholarships to students, promoting sustainable development, and strengthening the country’s governance. The Senate version of the legislation has been sponsored by Republican Marco Rubio. However, it has yet to come up for a vote.

The country was forcefully taken over by China about seven decades ago. The Dalai Lama fled from the region and found refuge in India where he currently resides. He has repeatedly shunned the Chinese assertion that the next Dalai Lama should be selected through Party approval. In fact, he even predicted that there might not be another Dalai Lama after his death or that the next one would come from India.

“The Dalai Lama should be commended for his decision to devolve political authority to elected leaders. The Tibetan exile community is also to be commended for adopting a system of self-governance with democratic institutions to choose their own leaders including holding multiple ‘free and fair’ elections to select its parliament and chief executive… Standing together, the American people will remain steadfast partners of the Tibetan people,” McGovern said in a statement (Tibet).

With the country announcing its first case of coronavirus, Chinese authorities have shut down Potala Palace, the official home of the Dalai Lama in Lhasa. Many have criticized this as a political move to prevent the people from celebrating the upcoming traditional New Year that falls in late February this year. Yeshi Phuntsok, Deputy Speaker of the Tibetan Parliament, condemned the move.

“China is playing politics over His Holiness’ palace. The Potala Palace is not just under the Chinese government but is also a UNESCO World Heritage site. So, I think they should be careful in handling a holy place like Potala Palace… Losar (Tibetan New Year) is very close. Everyone wants to visit such holy places,” he said to NDTV.

Last month, China and Nepal signed an agreement according to which they would hand over citizens who have crossed borders illegally. Human rights activists believe that this would have a terrible effect on Tibetans who often cross into Nepal with the aim of finding refuge in India. Prior to this agreement, Nepal followed a tolerant policy of allowing these refugees passage to India.