According to Science: Dogs Are Better Friends Than Cats 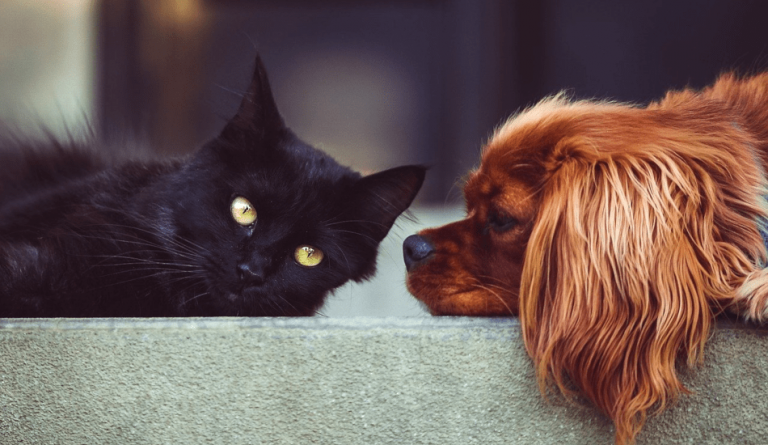 Dogs tend to act friendlier toward people than cats. (Image: StockSnap via Pixabay)

People have always noted that dogs tend to be friendlier than cats. If you, too, have observed this phenomenon and have wondered why these animals behave differently despite being identically well cared for by their humans, there is an interesting scientific reason for it — it’s in their genes.

A study conducted by researchers from the Washington University School of Medicine found that cats stick with humans because of the possibility of receiving rewards. “Cats, unlike dogs, are really only semi-domesticated. They only recently split off from wild cats, and some even still breed with their wild relatives… Humans most likely welcomed cats because they controlled rodents that consumed their grain harvests… We hypothesized that humans would offer cats food as a reward to stick around,” Wes Warren, senior author of the study, said to the Independent.

When genomes of purebred domestic cats were compared with their wild counterparts, researchers found differences in features like facial structure, fur pattern, hair color, and docility. For instance, the Birman breed of cats is characterized by white paws that can be linked to two changes in a gene that controls hair color.

For characteristics like eating a carnivorous diet, no genetic difference was found between domesticated and wild cats. The researchers concluded that the need to be perceived as docile by human beings to get food rewards triggered the genetic changes in domestic cats.

Another study found that cats have historically been better than dogs when it came to surviving. In North America, there were about 30 species of dogs 20 million years back. After cats arrived from Asia, the dog population started to decline. As of now, only nine species of wild dogs exist in the region. Researchers attribute the survival advantage of cats to their retractable claws.

“The cats have retractable claws which they only pull out when they catch their prey. This means they don’t wear them out and they can keep them sharp. But the dogs can’t do this, so they are at a disadvantage to the cats in an ambush situation,” Dr. Daniele Silvestro from the University of Lausanne in Switzerland said to the Independent.

If you are someone who wants to buy a pet but are confused as to whether you should go for cats or dogs, consider your needs and compare them to which of these creatures fulfills them. For instance, if you often go for long trips away from home, you might be better off with a cat. Dogs are social animals that should not be put in isolation since it can negatively affect their mental states. In contrast, cats have a lesser need of being coddled and will be okay with living alone for extended periods.

“If you’re an energetic ‘outdoorsy’ type who loves keeping active, a dog may be the right choice for you. Dogs need lots of stimulation, fresh air, and regular walks, so they’re best suited to people who have a garden, live in rural areas, or have easy access to parks and open spaces,” according to Purina.

Dogs will cost more in upkeep. For instance, a Great Dane will weigh about 150 pounds. When compared to a regular 9-pound cat, it is obvious that the Great Dane will have to be fed more. Cats also tend to have fewer visits to the vet, which means fewer medical expenses.

So if you are on a tight budget, a cat will be suitable. However, if your budget isn’t a problem and you want a pet that will play with you and your family with all their heart, then a dog might be the right choice for you.