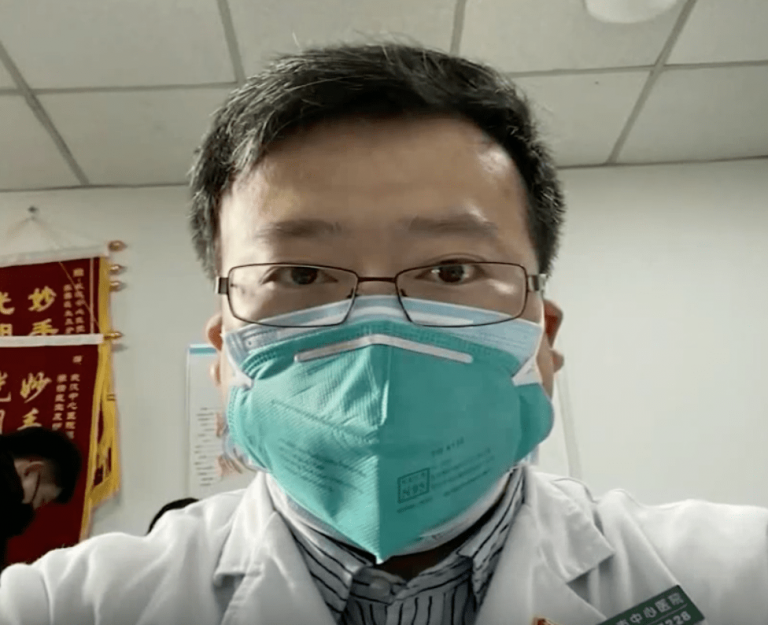 Dr. Li Wenliang, an ophthalmologist at Wuhan Central Hospital, sent out a warning about the virus to fellow medics on December 30. Many on social media mourned his death while expressing anger toward authorities for not heeding his warning. (Image: YouTube/Screenshot)

Coronavirus infections in mainland China have risen sharply again, with nearly 3,700 additional cases and 73 new deaths reported on February 5 alone, authorities said. China’s total confirmed cases now top 31,000 with more than 4,000 of them critical. The increase continues a trend of daily jumps in confirmed cases. China has reported more than 637 coronavirus deaths, including one in Hong Kong and the Philippines.

Wuhan doctor who was whistleblower dies

Dr. Li Wenliang, the Chinese whistleblower doctor who warned the public of a potential “SARS-like” disease in December 2019, died from the coronavirus in Wuhan on February 6, according to several state media reports. Dr. Li was questioned by the local health authorities, and was later summoned by Wuhan police to sign a reprimand letter in which he was accused of “spreading rumors online” and “severely disrupting social order.”

He was hospitalized on January 12 after he contracted the virus from a patient, and he was confirmed to have the coronavirus on February 1.

More than 7,300 people are being quarantined on two cruise ships off Hong Kong and Japan amid concerns passengers and crew were inadvertently exposed to the coronavirus by infected passengers.

The Diamond Princess is anchored off the coast of Yokohama, near Tokyo, with 1,045 crew and 2,666 passengers on board. The second ship, the World Dream, is docked at Hong Kong’s Kai Tak Cruise Terminal with more than 3,600 passengers and crew members on board, according to the city’s Department of Health.

The cases were detected after medical officials went room-to-room to check each guest’s temperature and condition, Japan’s health ministry said in a statement. Those who showed symptoms were subject to further testing.

Cruise companies worldwide have vowed to enact extra measures to protect their customers from infection. Royal Caribbean has canceled eight cruises out of China through early March and will “deny boarding to any individual who has traveled from, to, or through mainland China or Hong Kong in the past 15 days.” It will offer those people full refunds, the company said in a statement. It will also conduct health screenings for all China or Hong Kong passport holders as well as on guests who report feeling unwell or demonstrate any flu-like symptoms.

Newborn becomes the youngest person diagnosed with the virus

A Chinese newborn has been diagnosed with the new coronavirus just 30 hours after birth, the youngest case recorded so far, state media said. The baby was born on February 2 in Wuhan, the epicenter of the virus. The baby’s mother tested positive before she gave birth. It is unclear how the disease was transmitted — whether in the womb or after birth. The baby, who weighed 3.25kg at birth (7lbs 2oz), is now in a stable condition and under observation.

Medical experts say it could be a case where the infection was contracted in the womb. “This reminds us to pay attention to mother-to-child being a possible route of coronavirus transmission,” chief physician of Wuhan Children Hospital’s neonatal medicine department, Zeng Lingkong, told Reuters.

But it is also possible that the baby was infected after birth from having close contact with the mother. “It’s quite possible that the baby picked it up very conventionally — by inhaling virus droplets that came from the mother coughing,” Stephen Morse, an epidemiologist at the Mailman School of Public Health at Columbia University, told Business Insider.

Hong Kong is to impose a mandatory 14-day self-quarantine on all visitors from mainland China as it battles to prevent the spread of a coronavirus outbreak. The policy comes into effect on February 8, but officials refused to close the border entirely, as demanded by medical staff who have gone on strike.

Chief Executive Carrie Lam said anyone arriving from the mainland, including foreigners, would be quarantined for 14 days, although she did not say how this would be imposed. Ms. Lam has not moved to close the border entirely, although thousands of medical staff on Wednesday entered the third day of their strike over the issue and have threatened to escalate their action.

Separately, the Hong Kong-based airline Cathay Pacific is asking 27,000 staff to take three weeks’ unpaid leave over the coming months as it deals with the impact of the outbreak.

Hundreds of experts will gather in Geneva on February 11 and 12 in an attempt to find a way to fight back against the outbreak by accelerating research into drugs and vaccines, the World Health Organization (WHO) said. A multinational WHO-led team would go to China “very soon,” it added. Asked about reports of “drug breakthroughs,” WHO spokesman Tarik Jasarevic said: “There is no known effective therapeutics against this 2019-nCoV [virus].”

While most people infected with the virus recover quickly with only mild symptoms, the virus can lead to pneumonia and other severe respiratory illnesses. It is still too early to know what the infection’s death rate will be since there are likely to be many cases of milder disease going undetected.

Tencent has been providing up-to-date statistics on the number of coronavirus cases and deaths. The Taiwan News report indicates that, over the weekend, the “Epidemic Situation Tracker” briefly listed total coronavirus infections at 154,023 cases. More worryingly, the report suggested that the virus had led to 24,589 deaths.

Moments after publishing these numbers, Tencent allegedly updated the page to reflect the “official” government numbers. Anecdotal reports cited in the Taiwan News report suggest this has happened on at least three occasions.

It’s not clear how the larger numbers ended up on Tencent’s website. Or where they came from. But the initial stats dovetail with other reports that suggest the CCP may be hiding the severity of the situation. For instance, Caijing, an independent magazine based in Beijing, claimed that the government is grossly underreporting both cases and deaths. The Caijing report was quickly censored.

If the numbers from the alleged Tencent leak are accurate, it would put the coronavirus mortality rate at almost 16 percent. By comparison, SARS’ mortality rate was 9.6 percent. The economic and social repercussions of a disease that’s much more infectious and fatal than SARS could be catastrophic.

There also have been multiple reports of Wuhan officials cremating deceased coronavirus victims before they could be added to the official death toll. The Wall Street Journal noted that the coronavirus numbers coming out of China are suspect. Twitter is also flooded with gloomy (albeit unverified) videos of corpses piling up, police loading their guns, and several officials being deployed to contain a single case of infection.