The Potential Medical Benefits of Ginger 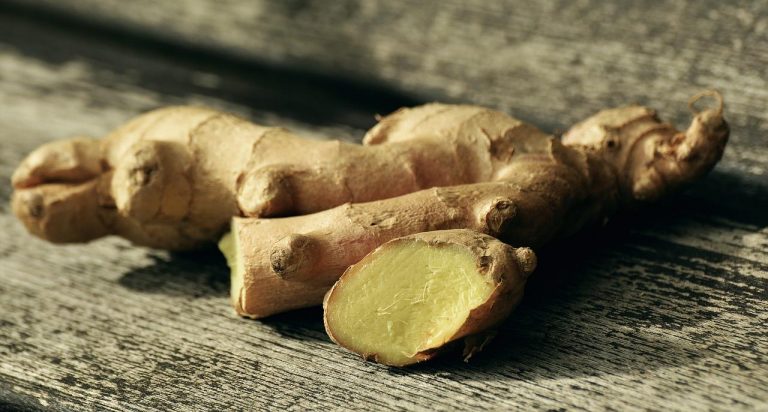 Ginger is a common item found in most households. (Image: via pixabay / CC0 1.0)

Ginger is a common item found in most households. It is not only good for your health, but it is also useful in treating certain ailments. Ginger may have anti-inflammatory, antibacterial, antiviral, and other healthful properties. Below are some of the possible medicinal uses of ginger.

Several studies have investigated ginger’s effects on the gasses that form in the intestinal tract during digestion. Some research indicates that enzymes in ginger can help the body break up and expel this gas, providing relief from any discomfort. Ginger also appears to have beneficial effects on the enzymes trypsin and pancreatic lipase, which are important for digestion. In addition, ginger may help increase movement through the digestive tract, suggesting that it may relieve or prevent constipation.

Some research indicates that ginger can help alleviate morning sickness and relieve nausea following cancer treatment. One small study from 2010 examined the effects of ginger root powder supplements on nausea in 60 children and young adults who underwent chemotherapy. The analysis showed that the supplement led to reduced nausea in most of the people who took it.

Authors of a 2011 review of studies arrived at similar conclusions. They reported that taking a divided daily dosage of 1,500 mg of ginger extract helped alleviate the symptoms of nausea. They also called for further studies in humans to fully understand the effects of ginger on nausea and other gastrointestinal issues.

Treating a cold or the flu

Many people use ginger to help recover from a cold or the flu. However, the evidence supporting this remedy is mostly anecdotal. In 2013, researchers studied the effects of fresh and dried ginger on one respiratory virus in human cells. The results indicated that fresh ginger may help protect the respiratory system, while dried ginger did not have the same impact. Also in 2013, a small study set out to investigate the popularity of herbal medicine as a cold or flu treatment.

After polling 300 pharmacy customers in two different locations, the researchers determined that 69 percent of those polled used herbal medicine and that most of this group found it effective. However, while ginger was among the most popular ingredients in these remedies, some of the participants may not have used it.

Researchers behind a small study, which included 74 volunteers, found that a daily dosage of 2 grams (g) of raw or heated ginger reduced exercise-induced muscle pain by about 25 percent. Meanwhile, a 2016 review of studies concluded that ginger may help reduce dysmenorrhea — pain right before or during menstruation. However, the authors acknowledge that the included studies were often small or of poor quality.

One group of researchers concluded that taking ginger by mouth is “modestly efficacious and reasonably safe” for treating inflammation caused by osteoarthritis. However, they noted that the studies included in their meta-analysis were small and may not represent the general population. Meanwhile, a 2017 review of 16 clinical trials determined that the phytochemical properties in ginger may combat inflammation. These authors also called for further research into the most effective dosages and types of ginger extract.

There is some evidence that ginger extract may help with cardiovascular disease. For example, one review found that a dosage of 5 g or more can cause significant, beneficial antiplatelet activity. The authors acknowledge that many investigations included in their analysis did not involve human participants or that participant numbers were too small to ensure reliable results.

However, they suggest that, with further research, ginger could prove to be a safe form of treatment for cardiovascular disease. Meanwhile, one small study found that ginger extract helped reduce the occurrence of heart abnormalities among rats with diabetes. The authors noted that this reduction may stem, in part, from the antioxidant properties of the extract.