Exercise Will Make You Happier Than Money 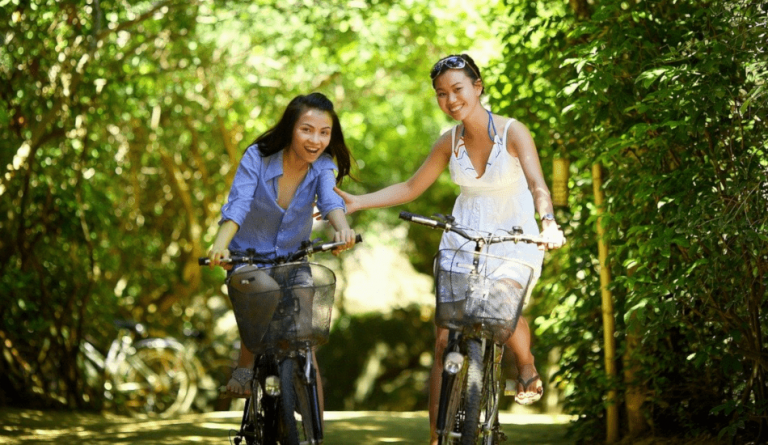 Exercise probably has a better chance of making you happy than loads of cash. (Image: via pixabay / CC0 1.0)

If you think wealth will make you more joyful than anything else, you might be shocked to find out that exercise probably has a better chance of making you happy than loads of cash. This is the conclusion arrived at by a 2018 study that analyzed data from over 1.2 million American citizens aged 18 and over.

“We compared the number of days of bad self-reported mental health between individuals who exercised and those who did not, using an exact non-parametric matching procedure to balance the two groups in terms of age, race, gender, marital status, income, education level, body-mass index category, self-reported physical health, and previous diagnosis of depression,” according to the study.

The subjects were asked to answer questions about their mental state, physical activities, income, and so on. After analyzing all the responses, researchers discovered that people who regularly exercised only felt bad for 18 days in a year. This is almost 50 percent less than a non-exercising person who was found to feel bad 35 days annually.

People who were physically active felt as good as those who earned US$25,000 per year more than they did. Now, even though exercise is good for you, it is advisable that you don’t overdo it. Any good thing in excess can produce negative consequences. Physical activity only generates mental well-being if done over limited time periods.

“Three to five training sessions each lasting between 30 and 60 minutes per week is ideal. More than this, however, can have the opposite effect — in fact, the mental health of those participants who exercised for longer than three hours a day suffered more than that of those who weren’t particularly physically active,” according to Entrepreneur.

Many people experience an elevated mood when exercising. This largely has to do with how our brain reacts to exercise. When engaging in such physical activities, your brain registers it as a moment of stress. With heart rate increasing, the brain starts to think that you are either fleeing from an enemy or are getting ready to fight one.

“To protect yourself and your brain from stress, you release a protein called BDNF (Brain-Derived Neurotrophic Factor). This BDNF has a protective and also reparative element to your memory neurons and acts as a reset switch. That’s why we often feel so at ease and things are clear after exercising and eventually happy,” according to Fast Company.

Chemicals that can fight stress are also released in your brain during exercise. Known as endorphins, they have the ability to minimize the feeling of pain and discomfort from exercise. They tend to trigger a feeling of euphoria. This overrides feelings of fear, making you feel more tranquil and peaceful. The effect of endorphins and BDNF on our body is similar to that of drugs like nicotine or heroin.

Another critical chemical released during exercise is dopamine, which is basically the “reward” chemical of the brain. Whenever you feel a sense of motivation to do something, you can bet that your brain is being flooded with dopamine. This is the chemical that gives you the “Yes, I should try it” feeling that makes you think that the reward for succeeding in something is worth the effort you put in to achieve it. Interestingly, people who tend to be depressed have been found to have very low levels of dopamine.