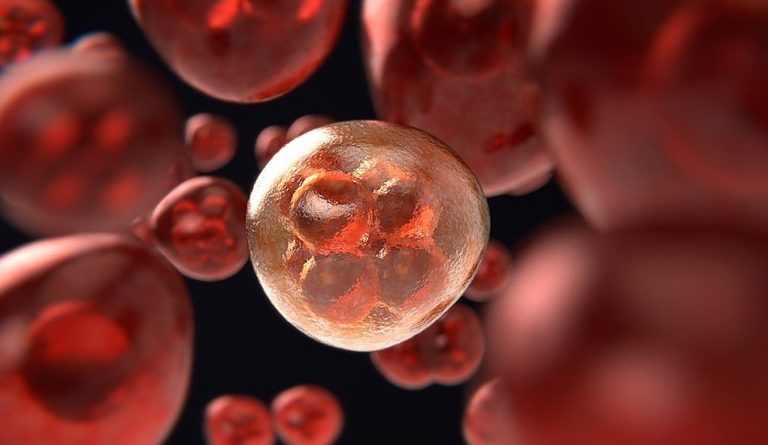 Scientists have discovered a new type of T-cell that could be the key to developing a ‘universal’ cancer treatment. (Image: ColiN00B via Pixabay)

A team of scientists from Cardiff University has discovered a unique way of killing several types of cancers. The technique uses a newly discovered part of the human immune system. Though the method has yet to be tested on actual patients, the researchers feel that it has immense potential.

Killing cancer with the immune system

The key to the potential treatment is a new type of immune system T-cell. T-cells are immune cells inside people’s blood that scan the entire body to determine whether there is any threat that has to be exterminated. “There’s a chance here to treat every patient… Previously nobody believed this could be possible… It raises the prospect of a ‘one-size-fits-all’ cancer treatment, a single type of T-cell that could be capable of destroying many different types of cancers across the population,” researcher Prof Andrew Sewell said to the BBC.

All T-cells have receptors on their surface that enable them to monitor things on a chemical level. The research team found a T-cell with a receptor that has the ability to detect and exterminate various types of cancerous cells like kidney, lung, colon, blood, bone, breast, skin, cervical, prostate, and ovarian cancer cells.

Normal cells were left unharmed by the T-cell. This specific T-cell receptor apparently interacts with MR1, a molecule that is present on the surface of the cancer cells. MR1 is believed to have flagged the distorted mechanism inside cancer cells, which leads to the T-cell targeting it.

Immune system T-cell cancer treatments already exist at present. For instance, CAR-T, made from the genetically engineered T-cells of a patient, is capable of seeking out and eliminating cancer. Some patients who were terminally ill with cancer have been reported to be in complete remission after CAR-T treatment. However, this technique has several limitations and only works on a few types of cancers. The newly developed T-cell technique is like a “universal” cancer treatment solution, making it a much better choice for cancer patients.

“To test the therapeutic potential of these cells in vivo, the researchers injected T-cells able to recognise MR1 into mice bearing human cancer and with a human immune system… this showed encouraging cancer-clearing, comparable to the now NHS-approved CAR-T therapy in a similar animal model. They were also able to demonstrate that T-cells of melanoma patients modified to express this new TCR (T-cell receptor ) could destroy not only the patient’s own cancer cells but also other patients’ cancer cells in the laboratory,” according to Metro.

An experimental form of cancer treatment is hyperthermia therapy, which uses whole-body administration of heat to deal with the problem. The method is in its early stages of development and scientists have yet to determine the exact amount of heat needed to destroy the cells.

“Intense heating will cause denaturation and coagulation of cellular proteins, rapidly killing the cells within a tumor. What this means is the protein cells will lose their quaternary structure, tertiary structure and secondary structure which causes cell disruption and cell death. A mild heat-treatment in combination of other stresses can also cause apoptosis of the cell, which means the cell dies and creates fragments which are called apoptotic bodies, which can be cleaned up by phagocytic cells,” according to Best Medical Degrees.

Using heat to treat cancer is something that has been researched since the 19th century. In the early 1970s, several clinical trials were conducted to test out this method. These have become the foundation for today’s research. In ancient times, Greeks and Romans used to treat breast masses by applying heat to the region.