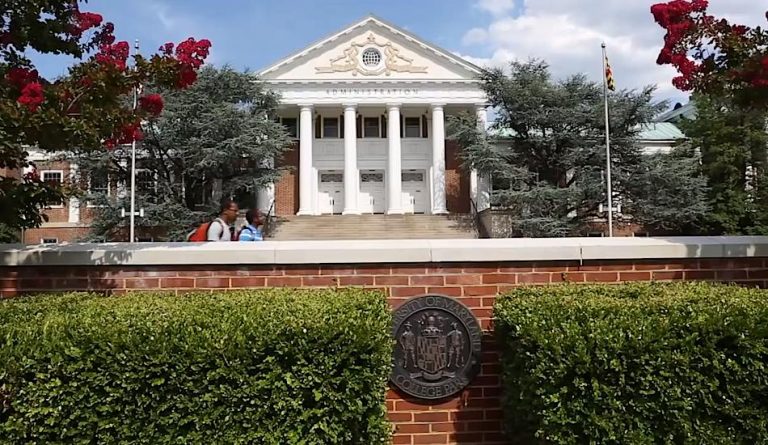 The University of Maryland has announced that the Confucius Institute on its campus will be shut down by the end of the 2019-2020 academic year. (Image: Screenshot via YouTube)

With American intelligence agencies warning about the academic threat from Confucius Institutes (CI), there has been a trend of American universities ending their partnerships with the Beijing-backed program. The latest to join the bandwagon is the University of Maryland (UMD), which was the first American university to allow a CI on its campus.

The 2018 U.S. National Defense Authorization Act prohibited American universities that receive funding from the Department of Defense to accept money from Confucius Institutes since they are funded by the Chinese government. “After evaluating the impact of this legislation on UMD, it became evident that we can no longer host Confucius Institute at Maryland… We have notified CI Headquarters in Beijing that we are ending our agreement,” UMD President Wallace Loh wrote in a campus-wide email (Axios).

In the past six years, around 29 Confucius Institutes in U.S. universities have been shut down, with 22 of them closed after the new law was passed. The Confucius Institute at the University of Maryland was established way back in 2004. The program will be closed by the end of the 2019-2020 academic year.

Universities that allow CI on campuses end up finding that they have to follow Chinese dictates on certain topics in order to ensure that the funding for the institute remains intact. “When Hanban officials toured UAlbany, faculty members’ doors were stripped of banners referencing Taiwan… Worried about academic freedom and censorship, universities including the University of Chicago, the University of Illinois at Urbana-Champaign, Penn State, McMaster University, and Miami-Dade College have ended their CI arrangements and closed their Confucius Institutes,” according to NY Daily News.

The shutting down of Confucius Institutes will also prompt universities to think about their other ties with China. For instance, some U.S. and Chinese universities have exchange programs for students and scholars. Some American universities conduct programs that offer training to Chinese officials. All these projects will also come under scrutiny eventually as to whether they impede the academic freedom of the university in some way. If they do, it is inevitable that the universities will decide to cut such programs, just as they have done with Confucius Institutes.

In recent times, there has been a spike in the number of incidents involving Chinese spies stealing sensitive information from American campuses. In December, a professor from Harvard was arrested for receiving payments from the Chinese government and lying about his connections to a Chinese-run recruitment program called the “Thousand Talents Program.”

“A lot of our ideas, technology, research, innovation is incubated on those university campuses… That’s where the science and technology originates — and that’s why it’s the most prime place to steal,” Bill Evanina, the top counterintelligence official in the Office of the Director of National Intelligence, said to NBC News.

The FBI and other intelligence agencies have been working to make U.S. universities aware of the seriousness of the threat they face from Chinese espionage. They have recommended that institutions scrutinize their ties with China and tighten policies governing outside relationships.