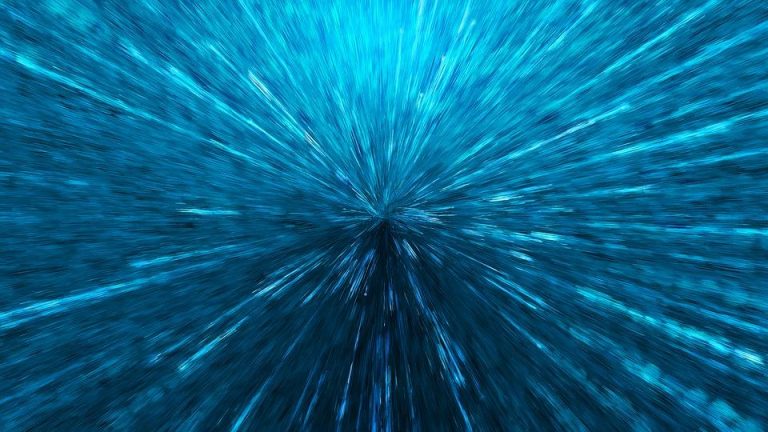 For the first time, researchers from Bonn University and Strasbourg University have simulated the formation of galaxies in a universe that works without dark matter. (Image: geralt via Pixabay)

For the first time, researchers from Bonn University and Strasbourg University have simulated the formation of galaxies in a universe that works without dark matter. Instead, they modified Newton’s laws of gravity to simulate this process on the computer.

A galaxy that is created with computer calculations is similar to those that we actually see today except it doesn’t have dark matter. Scientists believe that their assumptions could solve many puzzles in modern cosmology. The results appear in the Astrophysical Journal.

Today, cosmologists assume that matter was not evenly distributed after the Big Bang. The denser places attracted more and more matter from their surroundings due to their stronger gravitational forces. Over the course of several billion years, these accumulations of dust and gas eventually formed the galaxies that we see today. An important ingredient of this theory is the so-called dark matter.

On the one hand, it is said to be responsible for the initial unequal distribution that led to the agglomeration of the gas clouds. She also explains some puzzling observations. For example, stars in rotating galaxies often move so fast that they should actually be driving out of them. So there seems to be an additional source of gravity in the galaxies that prevents this — a kind of “star putty” that cannot be seen with telescopes: dark matter. However, direct proof of its existence is still pending. Prof. Dr. Pavel Kroupa, from the Helmholtz Institute for Radiation and Nuclear Physics at the University of Bonn and the Astronomical Institute at Charles University in Prague, explained that:

“The gravitational forces themselves may simply behave differently than previously thought.”

This theory is abbreviated to MOND (Modified Newtonian dynamics); it was developed by the Israeli physicist Prof. Dr. Mordehai Milgrom. According to her, the attraction between two masses only obeys Newton’s laws to a certain point. In contrast, at very small accelerations, such as those found in galaxies, it becomes considerably stronger. Therefore, galaxies do not tear apart due to their rotational speed.

“In collaboration with Dr. Benoit Famaey simulated in Strasbourg for the first time whether galaxies would form in a MOON universe and if so, which ones.”

For this, he used a computer program for the complex gravitational calculations, which was developed by the Kroupas group. Because the attraction of a body in MOND not only depends on its own mass, but also on whether there are other objects in its vicinity. Using this software, the scientists then simulated the formation of stars and galaxies, starting from a gas cloud several hundred thousand years after the Big Bang. Kroupa said:

“In many respects, our results are remarkably close to what we really observe with telescopes.”

The distribution and speed of the stars in the computer-generated galaxies follow the same pattern that can also be seen in the night sky. The scientist said:

“In our simulation, rotating disk galaxies such as the Milky Way and almost all other large galaxies that we know of were also formed.

“In contrast, dark matter simulations predominantly create galaxies without pronounced matter disks — a discrepancy with the observations that is difficult to explain.”

Calculations based on the existence of dark matter are also very sensitive to changes in certain parameters — such as the frequency with which supernovae occur and their effect on the distribution of matter in galaxies. In contrast, these factors hardly played a role in the MOON simulation.

However, the results from Bonn, Prague, and Strasbourg that have now been published do not agree with reality in all respects, and scientists have made very simple assumptions about the original distribution of matter and the conditions in the young universe. Kroupa said:

“Our simulation is only a first step.

“We now have to repeat the calculations and also include more complex influencing factors. Then we will see if the MOON theory actually explains reality. ”