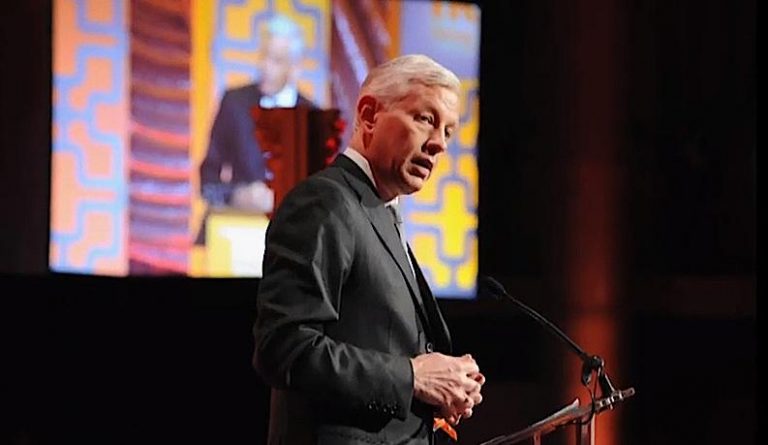 Dominic Barton, Canada’s ambassador to China,described how the relationship between the two countries has ‘chilled’ ever since Ottawa arrested Huawei's CFO. (Image: Screenshot via YouTube)

Dominic Barton, Canada’s ambassador to China, recently testified before the special House of Commons committee on how relations have chilled following the Huawei executive’s arrest. He described how the relationship between the two countries has “chilled” ever since Ottawa arrested Huawei executive Meng Wanzhou in December 2018. China retaliated by imprisoning two Canadians, Michael Kovrig and Michael Spavor.

“In March of 2019, China’s Central Political and Legal Affairs Commission accused Kovrig of stealing state secrets passed to him by Spavor. Convicted of playing a central role in a methamphetamine smuggling operation, Canadian Robert Schellenberg was sentenced to 15 years in prison in November of 2018. That prison term was changed to a death sentence at a hastily scheduled January 2019 retrial,” according to CBC. Barton has met the three prisoners several times and admitted that their resilience inspired him.

As ambassador to China, Barton believes that it is his priority to secure the release of the three prisoners. But given that Canada is not likely to release Meng Wanzhou, who was arrested at the request of American officials, it is doubtful whether Barton will accomplish his goal. Since the Chinese government likes to display its power, the three Canadians will likely remain in prison. During his first diplomatic meeting, both sides were apparently disinterested in accepting the other’s demands. Barton called it “one of the most unpleasant conversations” he has ever had.

On the plus side, Barton believes that Canada has leverage over China. Beijing has tried to use restrictions on Canadian meat and canola exports to put pressure on Ottawa. However, Canadian producers of pork and beef might try to find alternative markets, thereby blunting Chinese pressure on the country. Barton also criticized China’s horrible human rights policies, specifically the suppression of Muslim minorities in Xinjiang.

“Journalists, diplomats, and Chinese civil society representatives I spoke to agree that 2019 witnessed an increased crackdown on dissent and on expressions of disagreement about China’s human rights record, within and outside the country… [The government is concerned by the] credible reports of the mass detention, repressive surveillance, and family separation affecting Uighurs and other Muslim minorities in Xinjiang, under the pretext of countering extremism, terrorism and separatism,” he said in a statement (CBC).

During the 2-hour conversation between Barton and the MPs, doubts were raised as to whether he was the right person for the job given that his wife has business relationships with Chinese firms. However, Barton found support among a few MPs who argued that undermining a person representing Canada before Chinese authorities was a heinous thing to do. In his defense, Barton stated that he has undergone the government’s conflicts and ethics vetting inspections.

The conflict between Canada and China following Meng’s arrest has had a sizable impact on trade between the two nations according to data from Statistics Canada. “Exports to the Asian powerhouse plunged C$4.6 billion ($3.5 billion), or 16 percent, to C$24.4 billion last year… That’s the first decline in shipments to China since 2014, and the largest drop in data going back to 1997,” according to Bloomberg.

Canada suffered the biggest export drop in agricultural products like canola and meat. Canadian purchases of Chinese products grew by 1 percent during the same period. China is the second-biggest trading partner of Canada, with trade between the two nations totaling more than US$53.4 billion last year.