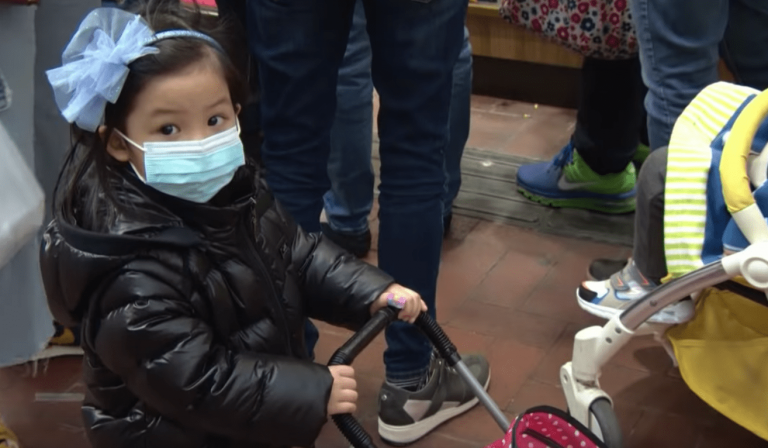 The Wuhan coronavirus epidemic in mainland China is spreading across the land at an alarming pace. The scenes of hopelessness, the dire conditions among the people, and their calls for rescue from this merciless infection are heartbreaking. Can the total blockade and quarantine of an entire city, village, or community really quell and contain this plague? In confronting this asymptomatic life-and-death epidemic, what are the solutions?

History recalls that there were fortunate people in China and abroad who survived the Great Plague. They escaped unharmed. Their stories of rescue are magical, inspiring, uplifting, and worthy of our pondering in today’s world.

In March 2014, the Ebola virus broke out in West Africa. Ebola is one of the deadliest viral outbreaks to date. It has a startling mortality rate of up to 90 percent. There were, however, a few exceptional people who escaped death and made a miraculous recovery from this deadly virus.

Dr. Kent Brantly of the United States is one such survivor. Dr. Brantly and his colleague Nancy Writebol contracted Ebola in July while treating local Ebola patients in Liberia. Their condition worsened. At the time of the outbreak, the experimental therapeutic serum was available for only one person. The good doctor kindly gave it to Nancy. Both were flown to the United States for medical treatment, where they both recovered. They had a blood sample flown there from a patient he had already treated who had the infection.

“It is a miracle that I’m alive today, and everything is fine. I’m grateful to be with my family,” Dr. Brantly and Nancy said at a news conference on August 21. He said: “It was God who saved me.” Nancy also said: “This is the glory of God.”

Perhaps it was Brantly’s selflessness, fearlessness, and faith in God that kept him calm and confident in the face of death, so that he finally came out of the epidemic and regained his freedom and life.

The many unsolved mysteries of SARS

Do you remember the epidemic that took place in mainland China in early 2003? At that time, a virus called SARS swept across the nation and then spread to other countries around the world, resulting in many deaths.

However, SARS seemed to deliberately play a trick on people: Some people who stayed at home and had contact with only the people at home became infected, while some of the medical staff working on the front line remained safe.

The so-called medical experts have scrambled to provide some plausible reasons for this anomaly. Just as medical experts were predicting how long SARS would last, all of a sudden it disappeared after months of raging, giving people a much-needed sigh of relief. And to this day, scientists still do not know the source of the SARS virus, infection routes, or the mechanism behind how it infected people.

This reminds us of the famous prophecy of Liu Bowen regarding the Year of the Pig and the Year of the Rat. He said: “There are ten sorrows in front of us… The tenth sorrow is that it is hard to pass the years of the pig and the rat.” If you can make it through these years, you are one of the luckiest people on earth.

How to overcome the Wuhan epidemic and become a blessed one

Actually, Chinese traditional culture is broad and profound — everything is interdependent; no matter how big the outbreak is, there is a way to respond to it and restrain it. Who knows, maybe one day you will be told the secret and then, I hope that you will want to believe and want to try it. I hope that you will grab that rare opportunity to escape the dangers!

The secret is the Divine Way, our noble nature, traditional culture, and virtue — I hope that you will listen to it and follow it.

Translated by Yi Ming and edit by Michael Segarty