Coronavirus: Secrecy, Propaganda, and Mass Cremations by the CCP 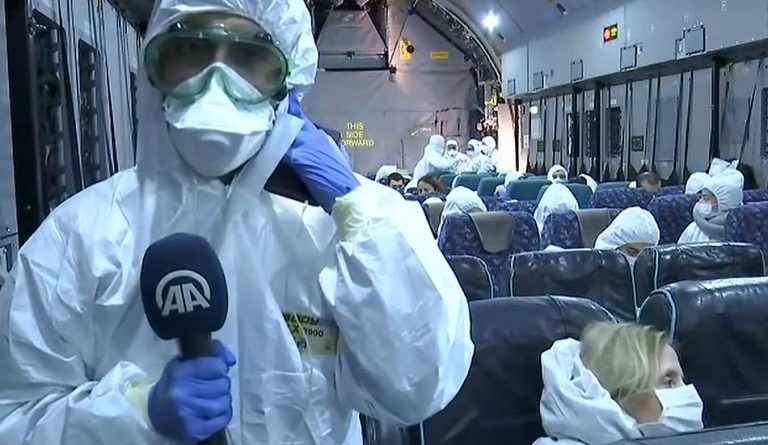 Unfavorable news regarding the coronavirus is being blocked by the Chinese government. (Image: YouTube/Screenshot)

When the coronavirus COVID-19 infection started to spread, many thought that it might convince the Chinese government to become a bit more open about the information they share with the public. But such hopes have been dashed. As always, communist Beijing is giving priority to withholding information, censorship, and spreading false information to suit its narrative.

According to official statistics, more than 1,600 people have died in China from the coronavirus. But the real number is rumored to be much higher. Exiled Chinese billionaire Guo Wengui claims that the real death toll is well over 50,000, which would be more than 30 times the officially accepted figure. He has arrived at the number after taking into consideration the number of bodies Chinese crematoriums have been burning every day. But can this be true?

Satellite imagery of China has shown that some regions are experiencing a spike in sulfur dioxide levels in the air, with the coronavirus epicenter Wuhan showing levels of nearly 1400 ug/m^3. “Rising sulfur levels indicate a release of organic matter in the air…  the elevated levels of almost 1400 ug/m^3 could point toward mass crematoriums running overtime in these areas. For context, 80 ug/m^3 level is usually considered dangerously high,” according to CCN.

The state is also actively curbing any discussion about the virus on social media. People who talk about infection risk being punished. A doctor who had warned about the coronavirus in the initial days of the outbreak was threatened by officials for causing “social disharmony.” Unfortunately, the doctor contracted the virus from a patient and ended up dead. State media is being used to run a propaganda campaign to make the Communist Party look good.

Broadcaster CCTV sent 300 journalists to Wuhan and surrounding regions to highlight the state’s prevention and control campaigns. News agency Xinhua has been asked to maintain positivity during their coverage. The agency was ordered not to report the fact that the WHO had declared the coronavirus as a global health emergency. News that discussed possible unaccounted deaths in Wuhan, an interview with a restaurant chain owner about the bad prospects facing his business due to the virus, a firsthand account of a funeral home were all blocked online.

Inevitably, there is mistrust among citizens and people from abroad. People have started to realize that they cannot simply gobble up the data and claims being made by the Chinese government. This is truly a sad affair. Here was a chance for Beijing to show that it cares for its people by honestly sharing everything they knew about the virus outbreak. But instead of putting human lives as the top priority, Beijing has focused on maintaining a positive image.

There are many theories as to the origin of the virus. The most accepted one is that the virus probably came from bats. Back in 2004, researchers from the Wuhan Institute of Virology had raided a cave in the Yunnan Province, collecting bat droppings and analyzing the coronavirus strains present in them.

Lead researcher Shi Zhengli “cross-referenced the genome sequence of COVID-19… with the 2004 results and found it was a 96 percent match to a virus found in the droppings of horseshoe bats… The exact location of the cave in the 2004 study has been kept under wraps, but it’s said to be somewhere in Yunnan, at least 1,000 miles (1,700 km) from Wuhan,” according to the Daily Mail. Interestingly, the researchers had also discovered that almost 3 percent of people living near the cave had developed immunity against the viruses.

Another rumor suggests that the virus might actually be a bioweapon developed by the Chinese military and that it somehow got “leaked.” In the past, Chinese officials have admitted the possibility of using bioweapons against countries like the U.S. As such, it isn’t inconceivable that the military might have something to do with the coronavirus outbreak.