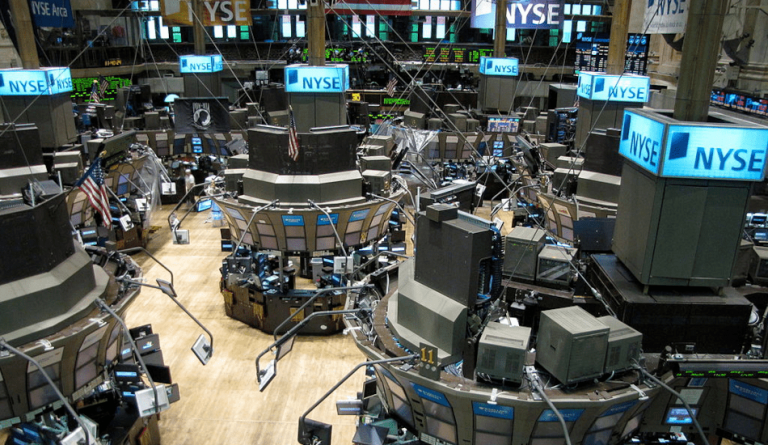 Global markets fell on February 24 as investors worried that the economic disruption the outbreak has already caused in China might have a wider impact. (Image: Kevin Hutchinson via wikimedia CC BY 2.0 )

The coronavirus outbreak has not only triggered a medical emergency, but it also has the potential to derail the global economy if it is not quickly contained. Experts have already warned about slower economic growth for the year. A study by the World Bank proposes that a severe pandemic could shave off 5 percent of global GDP, equivalent to about US$3 trillion. Though the infection has not reached the status of a severe pandemic, its effects on economies have already started to show.

A shortage in auto parts has caused Hyundai to shut down plants in South Korea. Fiat Chrysler is implementing contingency plans to avoid such a shortage in European plants. Qualcomm warned that the viral outbreak was causing concerns about smartphone demand and whether the suppliers will be able to meet commitments to produce the necessary units as scheduled. Since China is essentially the manufacturing hub of the world, the longer the viral infection spreads in the country, the more severe the disruption will be to global supply chains.

The tourism industry will also take a hit as people are less likely to travel out of fear of contracting the virus. Since China has been an increasing source of tourists for many countries, all the nations that have depended on Chinese tourists will suffer severely. For instance, China accounts for about 15 percent of visitors to Australia, contributing about US$12-16 billion more than visitors from the U.S., UK, New Zealand, and Japan combined. The loss of tourists is going to hit Australia very hard in the coming months.

As to the total GDP impact of the viral outbreak, it all depends on how quickly the situation is resolved. “Taking the outbreak into consideration, estimates for China’s first quarter GDP now range from 0 percent to around 5.5 percent — down from the 5.9 percent current annual projected growth rate…. Moody’s Analytics and Barclays both estimate that the coronavirus is expected to lower global GDP by 0.3 percent in 2020, while Oxford Economics forecasts a 0.2 percent reduction for the year,” according to Forbes.

As far as the U.S. is concerned, the impact of the coronavirus could actually be minimal. This is because the American economy is largely driven by domestic activity, which makes up about 85 percent of total economic activity. Goldman Sachs predicts the first-quarter GDP to slide by about 0.4 percent. However, it also forecasts second-quarter growth to rebound.

Larry Kudlow, Director of the National Economic Council, sees a negative impact on the trade deal for some time. “It is true the ‘phase one’ trade deal, the export boom from that trade deal, will take longer because of the Chinese virus,” he said to Fox Business. However, he is optimistic that the North American trade deal will unlock tremendous investment that will benefit manufacturers.

American companies having operations in China could see a significant drop in revenues. Brands like Nike, Capri Holdings, and Adidas have all warned investors that their revenues will slump if Chinese consumer demand were to fall significantly. Apple has already shut down about 42 stores in China temporarily. Starbucks has closed over half of its 4,000 stores in the country.