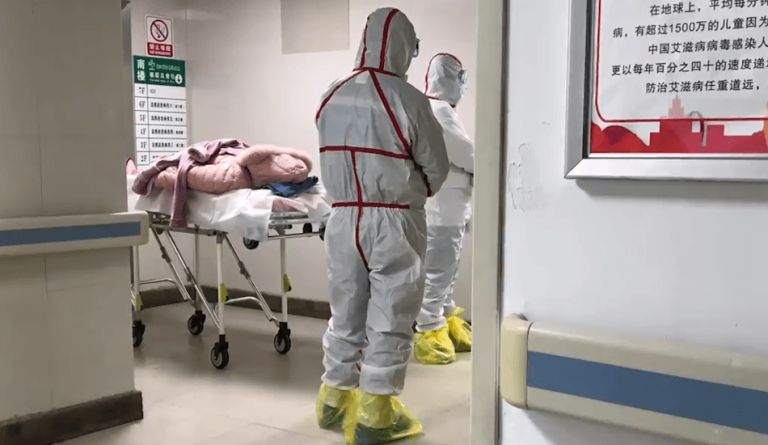 The Chinese Government also used the World Health Organization (WHO) to provide misleading information, which resulted in the governments around the world to be significantly inadequate to prevent the epidemic. (Image: Screenshot / YouTube)

The coronavirus COVID-19 has infected tens of thousands of people in China and has spread to more than 25 countries. Because of China’s lack of transparency, the number of cases, as well as the number of deaths in China, is estimated to be many times greater than official figures. Here is the latest news from China.

The Chinese government has ordered the Chinese textile industry to produce 1 million body bags in anticipation of the number of deaths from the COVID-19 virus.

Instructions from the government state: “Do not make clothes or masks, but only body bags.”

An overseas business owner also confirmed that their partners in China are not taking current orders because they have to catch up with the body bag quota.

Please watch the following video for an update.

So far, the number of infected people has climbed to more than 70,000 according to online sources, or possibly even much higher as accidentally disclosed by a Chinese platform — this far exceeds the number officially announced by the Chinese government through state-run media.

A staff member at the Puyang 991 Hospital confirmed that the virus has affected an armed police officer who is in hospital for treatment; a further 1,500 Chinese soldiers, along with 1,000 armed police, are being quarantined.

On February 10, the Hong Kong-based Chinese Rights and People’s Movement Information Center reported that 10 Chinese soldiers and 15 armed police officers in Hubei had been diagnosed with the new virus. They are being treated at a Wuhan hospital and the PLA 991 Hospital in Shaoyang.

There are also reports of an outbreak in the Chinese Navy.