Taiwan Fights Back Against China’s Restrictions on Coronavirus COVID-19 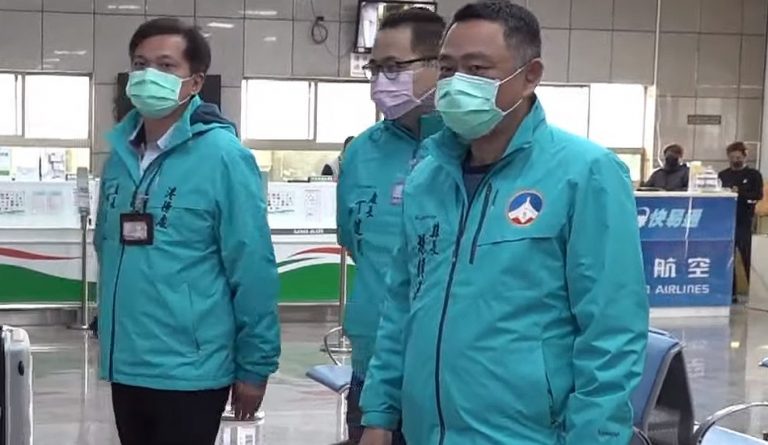 China is hurting Taiwan's attempts to get international help from associations regarding the coronavirus COVID-19. (Image: YouTube/Screenshot)

Being close to China, Taiwan inevitably faces a high risk of coronavirus COVID-19 infections spreading through the island. Even though Taipei has been trying to get international help from associations like the World Health Organization (WHO) to tackle the issue, China is blocking such attempts, infuriating the Taiwanese government.

Taiwan and the virus

Taiwan does not have a membership at the WHO due to Chinese pressure on the UN agency. Beijing argues that Taiwan is a part of China and will reunite with the mainland at some point in the future. As such, issuing membership to the island is to validate Taiwan’s existence as an independent entity, separate from China. The WHO recently changed the island’s designation from Taiwan, China, to Taipei, essentially affirming that the organization sees the country as just a part of the mainland.

Foreign minister Joseph Wu lashed out at that WHO for changing the designation. He also blamed the organization for their inaccurate reporting of Taiwan’s COVID-19 data, which he argues eventually forced Vietnam and Italy to ban flights to the island. The WHO has also barred Taiwan from its Annual Health Assembly. “If the motto of the WHO is ‘health for all’ and ‘leaving no one behind,’ well, the Taiwanese people are certainly not treated that way… I would like to publicly call upon the WHO to recognize the simple fact that Taiwan is Taiwan and it is not part of the PRC,” Wu said in a statement (Los Angeles Times).

In a small victory, experts from Taiwan were allowed to attend an online conference on COVID-19. Joanne Ou, Foreign Ministry spokeswoman for Taiwan, announced that the participation of Taiwanese experts was arranged by her government and did not require any approval from China. The experts only participated in their personal capacity and not as representatives of Taiwan. This was done to avoid any political dispute. Meanwhile, the U.S. has come forward to support Taiwan and batted for closer cooperation between the island nation and the WHO.

“For the rapidly evolving coronavirus, it is a technical imperative that the WHO present visible public health data on Taiwan as an infected area and engage directly with Taiwan public health authorities on actions,” Andrew Bremberg, permanent representative of U.S. to the Office of the United Nations, said in a statement (Focus Taiwan). Beijing responded by saying that Taiwan is adequately represented by the Chinese government and accused the United States of hyping up the issue.

China recently sent a few fighter jets into Taiwanese airspace. This is the first military incursion since Tsai Ing-wen was reelected as Taiwan’s president in January this year. Ing-wen criticized Beijing for engaging in military activities. “I want to remind the Chinese government that it’s not only meaningless but also unnecessary to make military moves at the time of the Wuhan coronavirus outbreak,” she said in a Facebook post (The Guardian). She reminded Beijing to focus its efforts to alleviate the suffering of its own people.

According to the island’s defense ministry, Chinese H6 bombers and accompanying aircraft had crossed a median line in Taiwan Strait on the second day of the incursion. After being warned to leave, the Chinese aircraft returned back to their airspace. Chinese People’s Liberation Army (PLA) claims that they were simply conducting military drills aimed at honing “combat capabilities.”