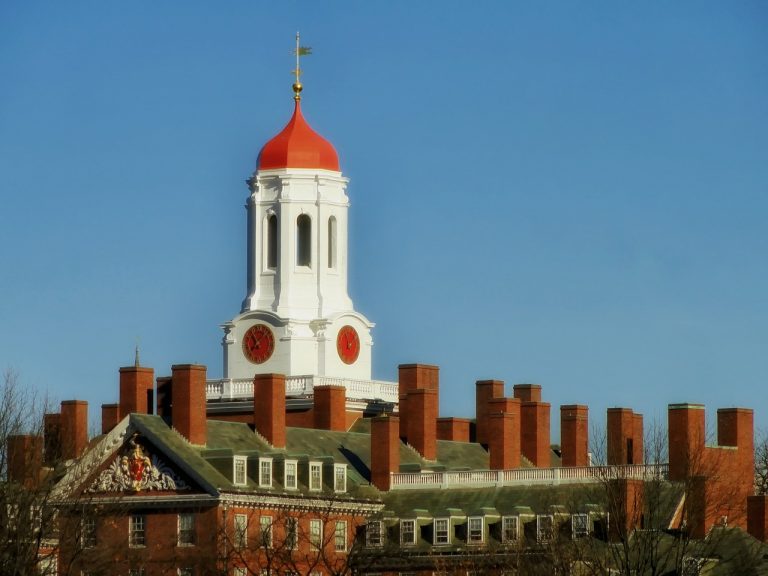 Harvard has fallen under criticism after saying it would keep the $8.6 million in stimulus funding the university received from the CARES Act Higher Education Emergency Relief Fund in response to the COVID-19 (coronavirus) pandemic. The Harvard center has dismissed Yan's lab origin theory that COVID-19 has strong ties to the CCP. (Image: 12019 via Pixabay)

The U.S. Department of Education (DoED) has started an investigation into Harvard and Yale for not reporting the millions of dollars in foreign contracts and foreign money they received over several years. U.S. federal law mandates that universities and colleges report all the contracts and foreign money they receive from foreign sources that are in excess of US$250,000.

“In letters to the Ivy League universities, the Department of Education called on them to supply the names and addresses of foreign sources involved in contracts and gifts, as well as the activities supported by the funding since August 2013. Harvard was asked to disclose records involving the governments of China, Qatar, Russia, Saudi Arabia, and Iran,” according to the BBC.

Both Harvard and Yale are believed to have received US$375 million from foreign nations. In the case of Harvard, the DoED pointed out that the university lacked proper institutional controls when it came to reporting foreign gifts and contracts to Washington. The DoED also raised flags over university contributions made by two Chinese companies, Huawei and ZTE, both of which have been marked as security risks by the Trump administration. Other entities in the focus of the department include Russia’s Kaspersky Lab, the Skolkovo Foundation of Russia, the Qatar National Research Fund, and the Alavi Foundation from Iran.

Since July last year, the Education Department has received reports of about US$6.5 billion in undisclosed foreign money accepted by American universities from foreign entities. Of these, around US$3.6 billion was accounted for by just 10 schools — Carnegie Mellon, Boston University, MIT, University of Chicago, Texas A&M, University of Texas, MD Anderson Cancer Center, the University of Colorado at Boulder, Yale, and the University of Pennsylvania.

Last year, officials from the DoED testified in front of congress that less than 3 percent of about 3,700 educational institutions in the U.S. that accept foreign funding reported receipts that exceeded US$250,000. “Unfortunately, the more we dig, the more we find that too many are underreporting or not reporting at all… We will continue to hold colleges and universities accountable and work with them to ensure their reporting is full, accurate, and transparent, as required by the law,” Education Secretary Betsy DeVos said in a statement (The New York Times).

Three U.S. senators — Rob Portman, Tom Cotton, and Marco Rubio — recently reintroduced the Foreign Influence Transparency Act, which aims to amend the Higher Education Act. The amendment would require universities to report any foreign gifts that exceed US$50,000 in value rather than the existing limit of US$250,000. The bill also mandates that organizations like the Confucius Institutes, which are backed by the Chinese government, be registered under the Foreign Agents Registration Act (FARA).

“If we want free speech and honest debate on college campuses, then we need to know when other countries are pushing their interests on U.S. soil… Requiring organizations like Confucius Institutes to register their activities with the Justice Department and disclose where they get their money is necessary to alert college students to the malign influence of foreign propaganda,” Cotton said in a statement.

Mark Rubio pointed out that the proposed legislation would close loopholes that were being exploited by the Chinese Communist Party (CCP) to infiltrate American universities. Rob Portman remarked that China was forcing teachers at the Confucius Institutes to follow Chinese law and safeguard Beijing’s interests. The bill would end such situations and ensure that the actions of such institutions are transparent.