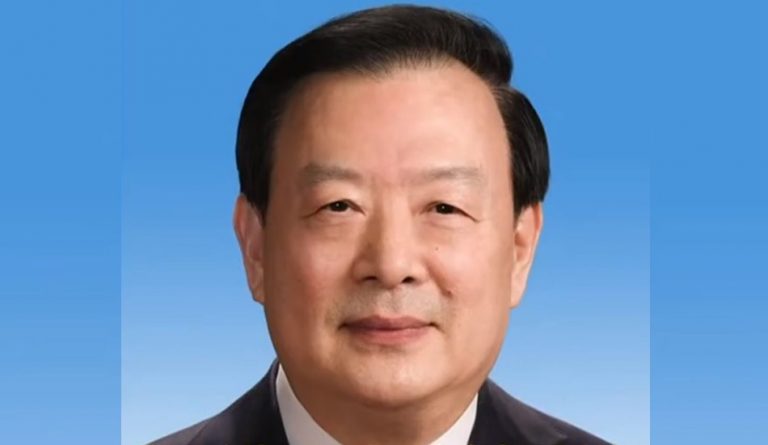 Xia Baolong is the new Director of the Hong Kong and Macau Affairs Office. (Image: Screenshot via YouTube)

The Chinese government has appointed a long-time ally of President Xi Jinping, Xia Baolong, as the Director of the Hong Kong and Macau Affairs Office. Xia is famous for his strong anti-Christian sentiment. His recent appointment is likely an indication that Beijing is tightening its control over the city.

“Xia was Xi’s deputy when he was the Communist Party’s secretary of the affluent province of Zhejiang from 2003 to 2007. Xia was known for his hardline ideology in a 2014 campaign to tear down thousands of crosses and many underground churches in the province while he later took charge of Zhejiang as its Party secretary — a post he held until 2017. He became a vice-chairman and secretary-general of the Chinese People’s Political Consultative Conference in 2018,” according to The Guardian.

The crackdown against Christians in 2014 was triggered by Xi’s visit to the city of Wenzhou, Zhejiang, in late 2013. When he saw that the city was home to several church buildings, he was taken aback. Wenzhou is often called “China’s Jerusalem” due to its large Christian population. Xia soon ordered a demolition campaign that went on to destroy thousands of crosses and numerous church buildings. Political experts believe that Xia’s appointment to oversee Hong Kong will subject the city to much harsher regulations.

During the Fourth Plenum meeting of the Communist Party in November last year, a proposal to gain greater control over Hong Kong was clearly signaled. A Party statement declared that national interest should supersede the “one country, two systems” policy China had promised to Hong Kong. Such an action would require Hong Kong to lose its autonomy and democratic nature. Within this context, Xia’s appointment comes as no surprise.

“The reshuffling at this interesting moment may point to a deep distrust from Xi Jinping toward the former faction dealing with Hong Kong affairs… It’s clear that Xi Jinping wants to have a clear grasp of the situation in Hong Kong — that’s the major point… We’ll probably see some adjustment in Chinese policy toward Hong Kong,” Sonny Lo, a Hong Kong-based academic and political commentator, said to Time.

Beijing has intensified its efforts to ban unsanctioned religious materials, including versions of the Bible not approved by the Party. Last year, a document issued by Hebei Province called for daily inspections to confiscate unapproved religious publications as the “primary work on religion.” In December, police carried out a raid at a house church in Lichuan County.

“Claiming that anything that is not approved by the state is ‘pirated,’ officers confiscated several boxes of Bibles, hymn books, and other religious literature found in the church. They also noted down the ID information of all congregation members who were present and threatened to arrest them if they meet again. Government personnel paid regular visits to the church afterward, to ensure that the church has not resumed assemblies,” according to Bitter Winter.

In Inner Mongolia, the local administration asked various departments to investigate religious venues, printing, and typing shops to find out unauthorized religious publications. Even state-sanctioned churches are sometimes raided with the aim of confiscating pirated Bibles. In schools, administrators have been asked to ensure that children do not engage in any religious activities. The kids are brainwashed to put their trust in the Chinese Communist Party and not God.