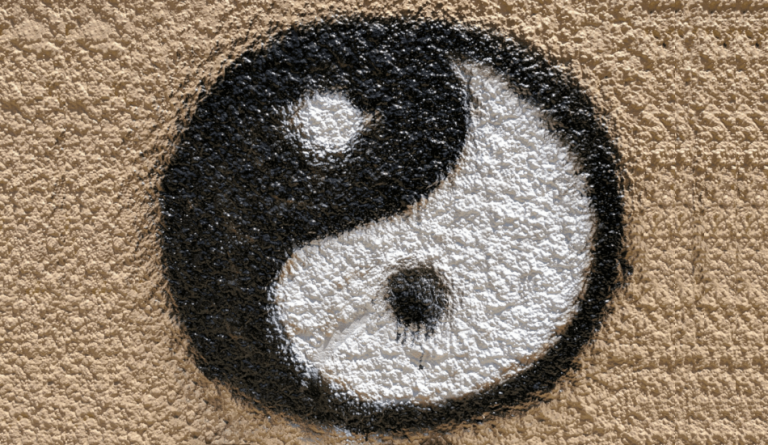 From the theory of traditional Chinese medicine, the reason why a person can be infected with a virus is that there is insufficient 'yang' energy in the body. (Image: via Needpix)

The concept of yin and yang pertains to the existence of two dual forces in life. Yin and yang symbolize dark and light, cold and hot, and passive and active. Two natural energies working with each other, yet contradicting in essence. Our world is composed of this duality — the changing of day into night, the hot and cold extremities of temperature, and so on. To maintain a balanced life, one must achieve equity between yin and yang.

This concept is also applied in the field of health as well, particularly in traditional Chinese medicine (TCM). The yin-yang theory has been an important basis for TCM throughout the centuries. In TCM, the theory is essential in the pathology, diagnosis, and treatment of disease.

Night and day cannot exist without each other. The same can be said about yin and yang. The idea is that yin (night) and yang (day) are opposites that complement each other. We can observe such a condition in the human body too: a full or empty stomach, resting or participating in activities, hot and cold body temperatures, and more. Just as the human body can only tolerate cold temperatures for a short while until it needs to warm up, the general idea is that yin and yang energy must find a balance in the human body.

The concept of yin and yang, when applied to TCM, is the organic unity in the human body. The upper body belongs to the aspect of yang while the lower body is yin. Yang is responsible for the different body functions, which means it is related to heat, while the nutrients, substances, and body fluids belong to yin, thereby related to cold. Yin energy in the body must not overpower yang and vice versa. When this happens, the body becomes susceptible to disease and illnesses.

The conflict between the two dualities opens an opportunity for difficult conditions to strain the body. These conditions are called yin excess, yang excess, yin deficiency, and yang deficiency.

When yin in the body is past its limit, the flow of yang is restricted and can be damaged. With the increase in the yin force, warmness in the body decreases. This can lead to feelings of cold, resulting in low energy, pallor, sensitivity in cold conditions, weak and shallow breathing, frail voice, frequent urination, loose stools, diarrhea, abdominal pain, edema, deep pulse, and limb constrictions.

As opposed to yin excess, yang excess is characterized as the increase of the latter’s energy beyond the normal limit, inflicting harm toward the yin. This excess rages the heat in the body symptomized by the reddening of the face, sweating, fever, rapid pulse, dark and scanty urine, palpitations, difficulty in breathing, feeling of tightness in the upper body, dizziness, ear noise, and even hypertension.

When yin drops from its normal level, the balance is disrupted as yang takes hold of the body. Because of this, yin energy fails to restrict yang energy from overflowing. As a result, the lack of yin — nutrients or body fluids — makes the body excessively warm. Symptoms include warm soles and palms, night sweats, fine and rapid pulse, dry mouth and throat, and conditions such as acute recurrent chest infections, colitis, and inflammation of the skin and large intestine.

Here, yin dominates the body. A drop in temperature follows when yang energy is lacking. Paleness, sensitivity in low temperature, fatigue, weak pulse, white tongue, cold limbs, diarrhea, convulsions,  sleepiness, and even coma are some of the symptoms evident when a person is suffering from yang deficiency.

With this simple knowledge, you can determine whether the yin and yang forces in your body are in equity. If you think you need assistance in rebalancing these energies, you should consult a qualified TCM practitioner.