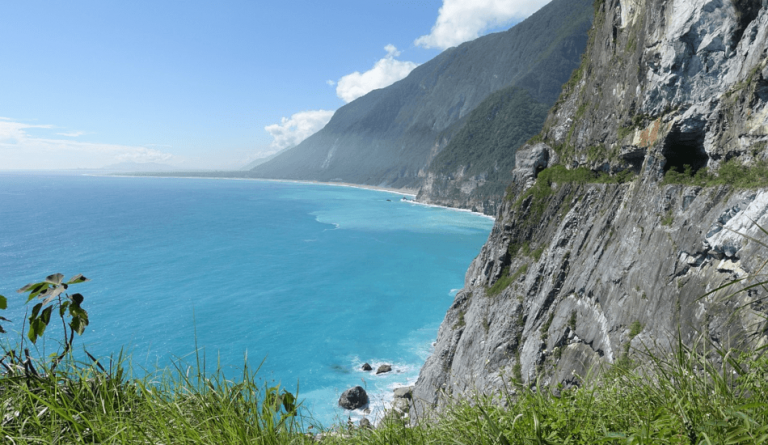 When you experience Taiwan’s East Coast, you come to realize that there are few words that aptly describe its splendid beauty. (Image: wilsonchou3168 via Pixabay)

When you experience Taiwan’s east coast, you come to realize that there are few words that aptly describe its splendid beauty. It is one of the hidden gems of “Ilha Formosa” (the name Portuguese sailors gave Taiwan). The eastern edge of the state is gorgeously covered by a wow-inducing landscape that is inhabited by friendly indigenous people and offers views of the Pacific Ocean that will make you ecstatic.

Go-to locations, such as Ludao Island (Green Island), the East Rift Valley National Scenic Area, Hualien, and Taroko National Park, shouldn’t be missed. There are plenty of places to see here, so it’s imperative for every visitor to have the East Coast on their Taiwan itinerary.

The journey needed to get to Ludao Island is already a lovely experience. You can travel via a 15-minute ferry or a 12-minute flight from Taitung county to the island, during which time you’ll already be treated to a spectacular view. Once you make it to the island, you’ll be greeted by rich marine life and colorful coral skirting the shoreline, along with lush tropical vegetation on land. Perfectly preserved since time immemorial, archaeological evidence suggests human inhabitants from as far back as 1,000 B.C.

If your flavor of excitement is snorkeling and diving, the island is just the place for you. Hot bath? Try the Zhaori Hot Springs, which is one of only two natural saltwater hot springs in the world. But there’s more! What’s interesting about Ludao Island is its history as Taiwan’s place of exile for political prisoners. Get to know the dark history of these exiles during the White Terror period at Ludao Lodge.

Regarded as one of the most beautiful regions in East Asia, the East Rift Valley National Scenic Area is nestled between coastal mountains to the east and the central mountains to the west. Enjoy the beauty of vast fields of rice, daylilies, pomelos, sugar apples, tea, and other vegetation tended by the loving hands of aboriginal natives of the Amis, Atayal, Bunun, and Puyuma tribes.

Take a picture, walk around, or bike your way across the fields as the air caresses your skin. Then take a break and get some ice cream at the Gaungfu Sugar Factory. The East Rift Valley National Scenic Area is the place to unwind and appreciate the beauty of nature. Don’t forget to buy snacks and treats at the Hualien Golden Triangle.

Oh, since we’re in Hualien, why don’t we make a quick tour around the second-largest city on the East Coast? Unlike other cities in this part of Taiwan, it feels more like a small town because of its laid-back and holiday atmosphere. Divide your schedule into two parts: daytime and nighttime activities.

During the day, honor the souls of soldiers who fought during the Chinese Civil War at the Martyr’s Shrine and take a quick history lesson from the then-Japanese command post at Pine Gardens. As for nighttime amusements, sample street food at the Dongdamen Night Market, or go river shrimping at night on the outskirts of the city. Here’s just a sample of fun-filled activities in Hualien City to get you started. The rest is up to you.

And finally, one place you definitely shouldn’t miss out on along Taiwan’s East Coast is Taroko Gorge. Formerly known as Taroko National Park, it is just a bus ride from Hualien. The area is so breathtaking that tourists from around the world flock to this destination. You’ll enjoy seeing valleys of subtropical forests towered over by sharp crags.

Keep your eyes peeled as you will likely encounter almost 144 species of birds, 32 reptiles, 251 butterflies, and 30 large mammals inhabiting the area. If you get tired from exploring, there are manmade rest stops and religious oases for visitors of Taroko Gorge.