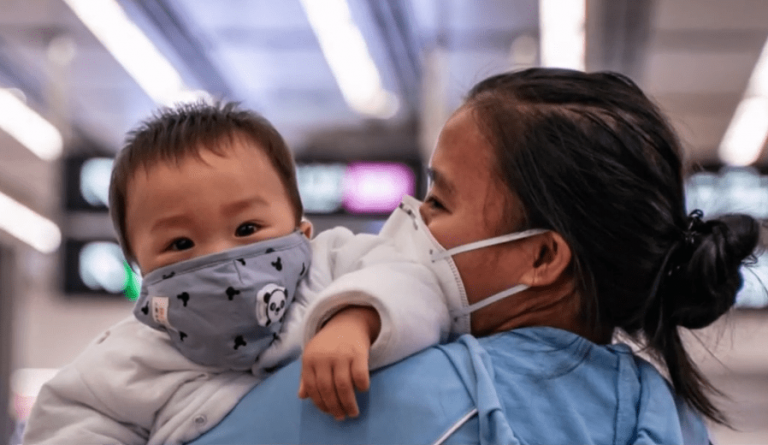 Due to the severity of the outbreak worldwide, only reporting the true situation can save people by giving them the information they need to make informed choices about their daily lives. (Image: Screenshot via YouTube)

Beijing’s censorship on the coronavirus outbreak is not only limited to China but has also expanded into other countries like the U.S. Whether by removing online posts or threatening people who speak the truth about the coronavirus, the Chinese communist government is doing everything it can to crush any criticism raised against it.

Silencing critics about the coronavirus

Yan is a 36-year-old data scientist from Washington who posted articles in a WeChat group critical of the Chinese government’s lackluster efforts at containing the coronavirus. He also wrote against President Xi Jinping. Yan soon realized that none of his friends in China who were part of the WeChat group could see his posts.

Only three people had access to the posts — two of them were from the U.S. while the other one was from the Philippines. “I have never received any notice from WeChat about being blocked. And thus there is no way for me to appeal. I have sent messages to WeChat Help but there hasn’t been any responses… Technically, they did not cover my mouth but covered my friends’ and relatives’ ears when I speak,” he said to Vice.

This censoring is not limited to WeChat users in the U.S. People living in countries like France, Australia, the UK, Germany, and Spain also confirmed that they were facing such restrictions on the social media platform every time they wanted to share something sensitive with their friends and family back in China.

The CCP has issued a notice mandating that the country’s top Internet companies like Baidu and Tencent are to conduct “special supervision” on all posts related to the coronavirus epidemic. Shortly after the notice was issued, social media platforms started suspending thousands of accounts that were accused of spreading “sensitive information.”

One WeChat user who got suspended is Triv Wen, a municipal engineer from Beijing. He had criticized the withholding of supplies like masks from hospitals. “All I hope is that the people have the right to hold the government accountable rather than to be managed… From the bottom of my heart, I want everything to become better and speech to be more open and transparent,” he said to NPR.

Many people have been directly threatened by the state. Dr. Li Wenliang was one of the first doctors to warn about the danger posed by the coronavirus. He was summoned to the Public Security Bureau and forced to sign a letter stating that he was making false statements about the viral outbreak. The doctor died a few days later after contracting the coronavirus from a patient. As news of his death spread, the hashtag: “I want freedom of speech” trended on Weibo with almost 2 million posts. Within a few hours, all these posts were removed.

To contain the spread of the coronavirus, the Chinese government is deep-cleaning and destroying potentially infected cash. “All Chinese banks must now literally launder their cash, disinfecting it with ultraviolet light and high temperatures, then storing it for seven to 14 days before releasing it to customers… Cash that comes from high-risk infection areas, like hospitals and wet markets, will be ‘specially treated’ and sent back to the central bank instead of being recirculated…  In the central bank’s Guangzhou branch, these high-risk banknotes may be destroyed instead of merely disinfected,” according to CNN.

To make up for the shortage in cash supply, the central bank will issue new banknotes. Last month, the bank provided US$568 million in fresh notes to Wuhan, the epicenter of the viral outbreak. Physical cash transfers between provinces that have been hardest hit by the infection have also been suspended. More than 76,000 people in China are infected with the coronavirus, with the death toll exceeding 2,100, according to some reports.