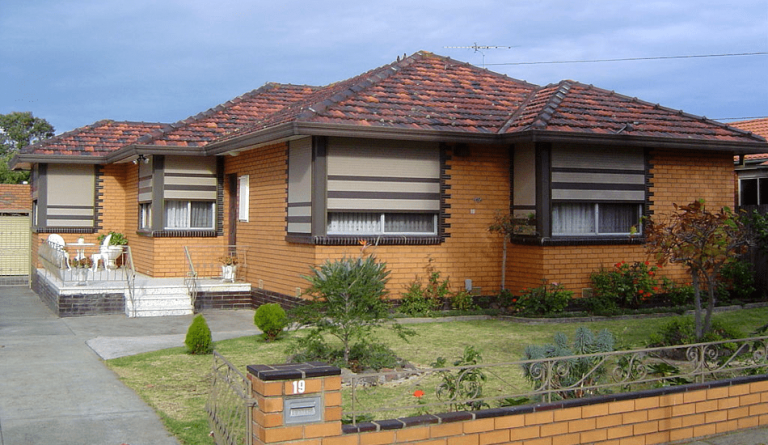 After the Second World War, millions of people moved to Australia and built homes inspired by their European backgrounds. (Image: wikimedia / CC0 1.0)

After the Second World War, Australia adopted a “populate or perish” policy under which the government encouraged immigration from Europe. As a consequence, almost 4.2 million people moved to Australia between 1945 and 1985. These people built homes inspired by their European backgrounds and contributed heavily to the aesthetic and architectural culture of Australia. Today, these post-war homes are increasingly being demolished.

“In the post-war period in Melbourne, architecture was the reason that culture was on the agenda for discussion. The whole idea of cultural difference emerged in Australia because of the very visual changes that Southern Europeans were making to the built environment. The bigger windows and spacious front terraces, lemon trees planted out the front, espresso bars and cafés, these icons made the transformation of the city obvious to the majority of people living there,” Mirjana Lozanovska, author of Migrant Housing, said to Deakin University Blog.

Most of the people who built those homes are now old, with their children and grandchildren having moved to other locations. Their homes usually have two or three bedrooms and a sizeable open area like a garden or backyard. This is in stark contrast to the current generation of Australians who live in one-bedroom apartments.

More Australians during the post-war era had families with many kids. As such, a big home was necessary. But today, an increasing number of Australians are choosing either to live a single life or to get married but not have kids, which inevitably supports the trend of one-bedroom homes.

This also means that no one has any use for these old homes with so many rooms. As such, the only thing to do is to bulldoze these structures. One 4-bedroom post-war home in Melbourne that sold for US$800,000 was so big that the real estate agent estimated that multiple townhouses could be built at the site. As the population of Australia increases, the pressure on the local administration to level post-war homes and build more efficient housing is strong. However, Lozanovska believes that the government and local officials should become more culturally sensitive about post-war homes.

“What we tend to do in Australia is to start from a clean slate rather than work with what we’ve got… I’m not saying that every single one of these places has to be conserved, but there may be particular cases which are valuable to the community and our history as Australians… To leave traces in the built environment is a very important way to develop a culturally sustainable society, rather than swiping the slate clean,” she said to ABC News.

Property prices in Australia have almost rebounded back to their peak levels after falling for several months. The price of a median unit rose by 3.4 percent in the last quarter of 2019 to US$378,218. This was only US$8,000 short of the peak from mid-2017. It is the strongest unit growth since 2015. Some experts believe that prices could hit new highs this year.

“[The property market] has come back a bit faster than was expected… That made affordability better, then you look at Sydney and Melbourne and see unemployment rates below 5 percent, so you’ve got better affordability, people feeling a little bit happier and economic conditions that are okay — that’s the big picture story,” Alan Oster, NAB chief economist, said to Domain.

Some other factors that have contributed to rising buyer confidence include certainty in tax settings and record low interest rates. Lending restrictions have been eased. In some cities, population growth has outstripped the supply of new homes.