4 Reasons Why Green Tea Is Great for Your Body 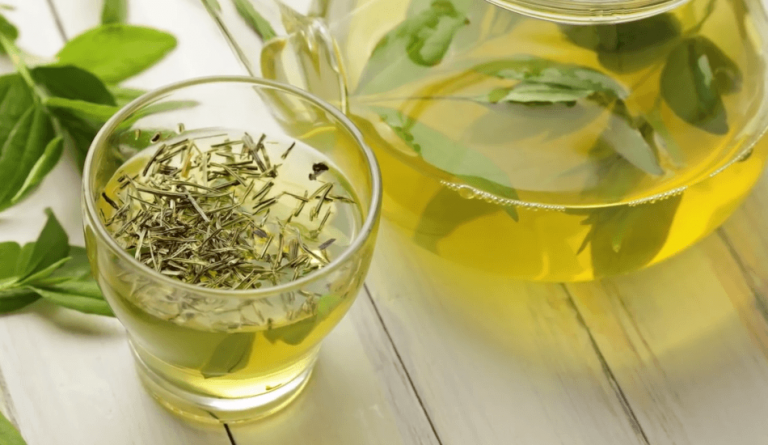 Over the past decade, the demand for green tea in the West has ballooned thanks to the widespread acknowledgment of its health benefits. (Image: Screenshot via YouTube)

Over the past decade, the demand for green tea in the West has ballooned thanks to the widespread acknowledgment of its health benefits. Loaded with antioxidants and nutrients, it not only nourishes the body but also helps ward off diseases. The main reason why it has so many more health benefits than black tea is due to a simple difference in the way they are processed.

“Black tea is processed in a way that allows for fermentation whereas green tea’s processing avoids the fermentation process. As a result, green tea retains maximum amount of antioxidants and poly-phenols the substances that give green tea its many benefits,” according to Lifehack.

The caffeine in green tea blocks an inhibitory neurotransmitter in the brain called adenosine. By doing this, it basically increases the firing of neurons. Caffeine has been shown to improve reaction time and vigilance. Green tea is also rich in L-theanine, an amino acid that is known to produce a calming effect.

When combined with caffeine, it optimizes brain functions, enhancing cognitive performance and working memory. Even your mood gets elevated. Since green tea counters oxidative stress, it protects the brain against neurodegenerative diseases like Parkinson’s and Alzheimer’s. In various studies, people have reported feeling more energetic and productive after consuming it as compared to coffee.

In a study conducted in Japan, the reaction of people from 23 communities to green tea was observed. The participants included “a total of 17,413 persons (6,727 men and 10,686 women; 49 percent of the original study population) who were 40 to 65 years of age; had no history of type 2 diabetes, cardiovascular disease, or cancer at the baseline lifestyle survey; and completed the 5-year follow-up questionnaire,” according to the study.

The researchers found that people who drank green tea had better protection against the risk of developing diabetes even after adjusting the data for sex, age, body mass index, and several other risk factors. A few other studies have shown it to reduce blood sugar levels and improve insulin sensitivity.

3. Good for the heart

Green tea can deal with some of the main risk factors of cardiovascular disease. Since it increases the antioxidant capacity of the blood quite significantly, it ends up protecting LDL particles, or “bad” cholesterol, from oxidation. This reduces the chances of heart disease. A study showed that people who regularly drink this tea have a 31 percent lower risk of developing cardiovascular disease.

A study conducted in the ’90s looked at the impact of green tea on men with prostate cancer. Close to 50,000 men between 40 and 69 years of age participated in the study. They completed a questionnaire that covered their consumption habit. The study followed them for several years until the end of 2004.

An analysis of multiple studies showed that women who drink green tea had up to 30 percent less chance of developing breast cancer. Similarly, an analysis of 29 studies found that individuals who consume this tea were up to 42 percent less likely to suffer from colorectal cancer.