What Happens During Ragnarok: The Norse End Times 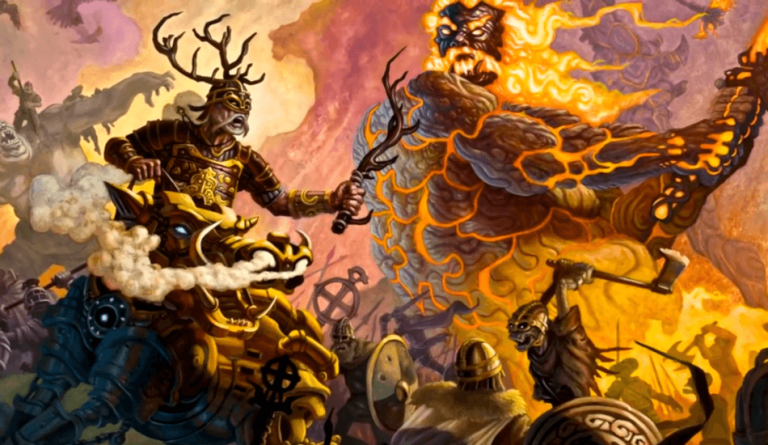 Fans of Marvel films will be familiar with the word “Ragnarok.” Ragnarok basically refers to the final apocalypse in viking Norse mythology, much like the “End Times” prophesied in the Bible.

“The word ‘Ragnarok’ comes from Old Norse Ragnarok, ‘Fate of the Gods.’ In an apparent play on words, some pieces of Old Norse literature also refer to it as Ragnarokkr, ‘Twilight of the Gods.’ The event was also occasionally referred to as aldar rok, ‘fate of mankind,’” according to Norse Mythology.

Before Ragnarok, there will be signs indicating its approach. The first will be the murder of the god Balder, son of Odin and Frigg. This is supposed to have already happened. The second will be three cold winters that will last for three years. There will be no interruptions of summer or any other season in between.

During these years, the world will be at war, with brothers fighting brothers. The third sign will be two wolves in the sky that will swallow the Moon and the Sun. Even the stars will be no more. The world will be covered in complete darkness.

Heimdall will blow his horn to warn Valhalla that Ragnarok has begun. Balder and Hoder will come back from the dead to fight one last battle alongside their brothers against the giants. Odin will ride his horse and lead a massive army of Asgardians. The giants, together with Hel and her dishonorable dead, will sail in a ship to arrive at the plains of Vigrid.

Here the gods will clash with the giants. Odin will fight the Fenrir wolf to death. Thor will fight the Midgard Serpent and kill it. However, he too shall die due to the poisonous wounds received during the battle. A giant by the name of Surtr will eventually set all nine worlds on fire. However, this will not be the end of the world.

“Things will start again with a new race, a new world will arise from the depths of the seas. The first two mortals will be called Lif (woman) and Lifthrasir (man) and they will repopulate Earth.  The gods Vali and Vidar, as well as the sons of Thor and Hoenir, who survive the battle, will go to Idavoll, which will not be destroyed in Ragnarok. The gods Balder and Hoder will be returned to life and a new era will begin,” according to Ancient Origins.

According to Biblical believers, the End Times signifies the time of the final battle on Earth between Satan and God. The Book of Revelation explains in great detail what will happen during this period. According to their belief, Judgment Day will take place with those who believe in Jesus being saved while the unbelievers face great suffering.

“In Islam, the end of the world is referred to as the Hour and involves Jesus returning to Damascus to slay an anti-Christ who has put the planet in peril. With the anti-Christ out of the picture, a period of perfect harmony will ensue. Jesus will later die a natural death, which will usher in a time of destruction that leads directly to the Hour,” according to History.

In Hinduism, there is no “End Time.” Instead, there is the end of an old cycle and the beginning of a new cycle. According to the Vaishnava tradition of Hinduism, the current period is called Kali Yuga, at the end of which Lord Vishnu will incarnate on Earth in his Kalki avatar to defeat evil, end suffering, and usher in a new golden age.