Temples, Shrines, and Alleyways of Tainan 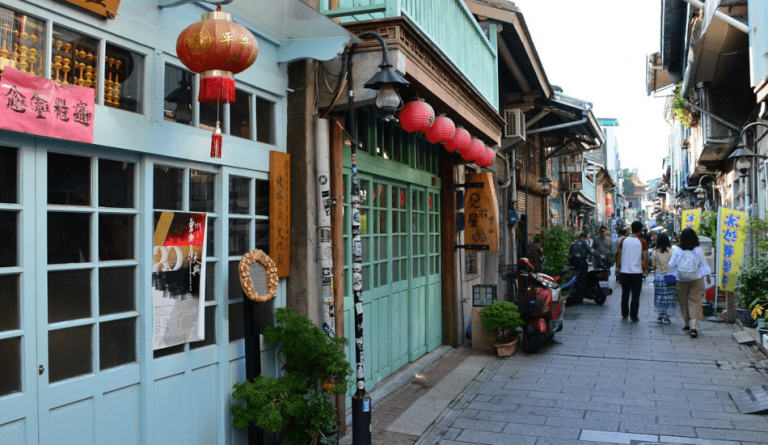 The city of Tainan in southwestern Taiwan stays true to its roots with a traditional, antique look. (Image: Paul Arps via flickr CC BY 2.0 )

Unlike Taipei, its modern counterpart to the north, Tainan in the southwestern part of Taiwan stays true to its roots with a traditional, antique look. Its temples and shrines connected by alleyways give the city a unique and nostalgic identity. Strolling in the alleyways and visiting the many temples are things you must do while in Tainan.

Hands clasped, the visitors recite their prayers in the temple. Candles are lit, incense waved, and fortune-telling blocks have been cast. These are some of the different scenes you witness as you wander into the colorful temples of Tainan. Way past the temples are stretches of alleyways intersecting like an intricate spider web adorned by artwork and enriched by history and culture.

Discoveries in the alleys of Tainan

Tainan is popular for its labyrinthine alleyways. You never know what you’ll find as you venture into the petite passages. Finding your way along them to the many temples allows you to discover establishments, artwork, and even stories from locals along the way.

The faded red bricks installed in the passages will take you to interesting finds like old Japanese-style buildings on one path or a shop vendor selling incense and ghost money on another. You might stumble on a large tree venerated by the locals or find yourself enjoying small talk with the regulars while drinking tea.

In the alleyways, life is flowing and you never know what new discoveries you’ll make while walking in them. The experience is a gem, and, for sure, you’ll have that incessant urge to take instagram-worthy pictures of the different scenes.

Cramped within the connected pathways are temples. In Tainan, there are temples aplenty. It only takes a short walk of two or three blocks to find the next one. There are Buddhist, Daoist, and even Confucian temples.

Located in Tainan’s southwest district, Fahua Temple sits at the north bank of the Zhu River. The temple has been around since the Qing Dynasty and has withstood multitudes of disasters, including World War II. Nevertheless, even with its grandeur stripped, Fahua Temple remains one of the eight sights of Tainan and houses the paintings of Master Pan Li-shui, like the murals Zhuang Zhou Meng Die (莊周夢蝶) and Da Mo Jiu Nian Mian Bi (達摩九年面壁) on the temple’s gable exterior. For those looking for a solemn time away from the rush, Fahua Temple is the right place.

Popular among mainland Chinese is the Koxinga Shrine. This temple is dedicated to Koxinga, the Ming Dynasty general responsible for ousting the Dutch from Taiwan during the 6th century. So expect statues of the man around the temple, as well as tablets depicting him and his army, fitted to the side corridors.

The oldest Confucian shrine in Taiwan can be found here. The Tainan Confucius Temple is the first in many categories: Taiwan’s first educational institution, first Confucian temple, and first temple to be dedicated to the veneration of arts and literature. It has been reconstructed many times since its original construction in 1665.

Unlike other temples, Tainan Confucius Temple is unique for its simple zen design. There are not any shiny or golden adornments or murals with Confucian imagery. Like many Confucius temples in Taiwan, this one follows its uniform look as a sign of respect to the philosopher and his teachings.