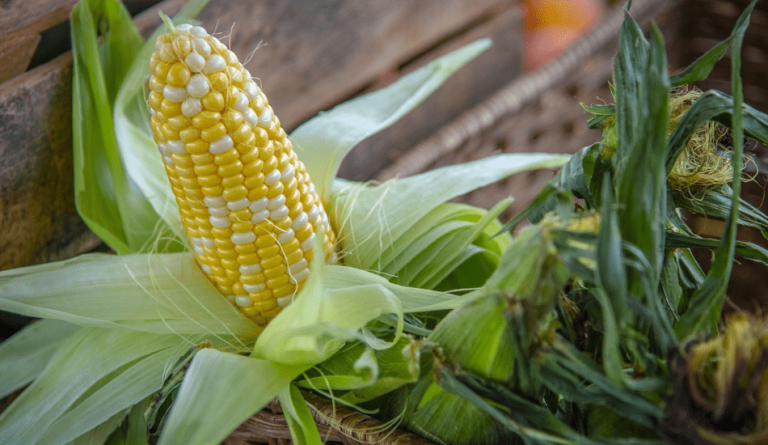 The vitamin content in corn is very high, 5-10 times more than that of rice and wheat. (Image: via Pixabay)

People today are accustomed to eating whatever they want, no matter the time, day, or season. According to traditional Chinese medicine (TCM), this is not an ideal eating habit. TCM advocates eating according to seasons. Human beings should consume foods that are in season. This will harmonize their internal state with weather conditions. As a general rule, this would mean cooling foods in hot weather, warming foods in cold weather, and moistening foods when conditions are dry. Such a regimen is said to help prevent illnesses and maintain peak health.

Eating according to seasons

According to TCM, “spring is considered a time of rebirth and growth. The liver and the gallbladder are the organs of the season, meaning that a diet tailored to support these two is going to be the best choice for spring. The thinking is that when the liver functions smoothly, physical and emotional activity throughout the body also runs smoothly, which lend itself to optimum health,” according to Sporte Luxe.

Recommended foods during the season include green and leafy vegetables like kale, bitter greens like parsley and dandelion greens, sour foods like limes and lemons, and sprouts like mungbeans and alfalfa. Frozen, dried, or uncooked foods must only be taken in moderation. In large quantities, such items can harm the stomach and spleen. To clear excess heat from the body, eat bananas, sugar cane, pears, cucumbers, and water chestnuts.

In summer, the “yang” fire energy is said to be at its peak. This is a time of growth and abundance. The ideal foods under these conditions are hydrating, neutral, sweet, and cooling. These include salads, sprouts, chamomile tea, apples, limes, and so on. The body’s qi and blood tend to be more vigorous during summer than in other seasons. Increasing the consumption of pungent foods and reducing bitter flavors can enhance lung function.

“The last month of summer and the 7½ days prior to and after the summer and winter solstice are important transition periods. Ideal foods are those that are ‘sweet’, centring and golden to yellow in colour e.g. carrots, corn, soybeans, squash, potatoes, string beans, tofu sweet potato, apricots, and cantaloupe. Simple foods with mild tastes are recommended. Meditation and breathing are particularly supportive at these times,” according to Eating For You.

Autumn is the time of harvest. TCM correlates this season with the lungs. Foods eaten during this period should prepare the body for the upcoming harsh winter. The diet should also support the production of body fluids. Ideal items to eat during autumn include lotus root, soy milk, pumpkin, nuts, dairy products, and white fungus. Cut down on pungent flavors like ginger and onion so as to reduce perspiration. Sour foods like lemon and pineapple have astringent properties that help avoid the loss of body fluids.

“Winter is the time we go in. It’s a time of deep reflection and restoration. It’s the time to embrace the non-doing instead of the active do-ing energy of the summer. This is a time when both our energy and our food should be slower. Slower cooking imparts more heat into the foods making them naturally more warming, nourishing and easier to absorb in the cold winter months,” according to Angela Warburton.

Consume lentils and black beans to reinforce kidney energy. Load up on warming spices like cinnamon, cardamom, and ginger. This will stimulate digestion. Avoid eating high-calorie foods during this season as they lead to excessive heat accumulation in the stomach and lungs. Eating bitter foods and cutting down on salty ones will keep the heart healthy.