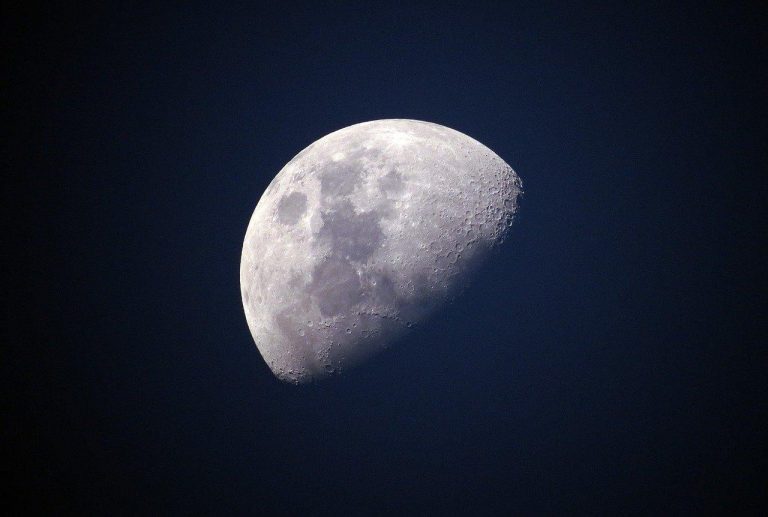 A little over a year after landing, China’s spacecraft Chang’e-4 is continuing to unveil secrets from the far side of the Moon. The latest study, published on Feb. 26 in Science Advances, reveals what lurks below the surface. Chang’e-4 (CE-4) landed on the eastern floor of the Van Kármán crater, near the Moon’s south pole, on Jan. 3, 2019. The spacecraft immediately deployed its Yutu-2 rover, which uses Lunar Penetrating Radar (LPR) to investigate underground as it roams.

Paper author Li Chunlai, a research professor and deputy director-general of the National Astronomical Observatories of the Chinese Academy of Sciences (NAOC), said:

“We found that the signal penetration at the CE-4 site is much greater than that measured by the previous spacecraft, Chang’e-3, at its near-side landing site. The subsurface at the CE-4 landing site is much more transparent to radio waves, and this qualitative observation suggests a totally different geological context for the two landing sites.”

Li and his team used the LPR to send radio signals deep into the surface of the Moon, reaching a depth of 40 meters using a 500 MHz high-frequency channel — more than three times the depth previously reached by CE-3. This data allowed the researchers to develop an approximate image of the subsurface stratigraphy. Su Yan, a corresponding author who is also affiliated with NAOC, said:

“Despite the good quality of the radar image along the rover route at the distance of about 106 meters, the complexity of the spatial distribution and shape of the radar features make identification of the geological structures and events that generated such features quite difficult.”

The researchers combined the radar image with tomographic data and quantitative analysis of the subsurface. They concluded that the subsurface is essentially made of highly porous granular materials embedding boulders of different sizes. The content is likely the result of a turbulent early galaxy when meteors and other space debris frequently struck the Moon.

The impact site would eject material to other areas, creating a cratered surface atop a subsurface with varying layers. The results of the radar data collected by the LPR during the first 2 days of lunar operation provide the first electromagnetic image of the far side subsurface structure and the first “ground truth” of the stratigraphic architecture of an ejecta deposit. Li said, referring to the material ejected at each impact:

“The results illustrate, in an unprecedented way, the spatial distribution of the different products that contribute to from the ejecta sequence and their geometrical characteristics. This work shows the extensive use of the LPR could greatly improve our understanding of the history of lunar impact and volcanism and could shed new light on the comprehension of the geological evolution of the Moon’s far side.”