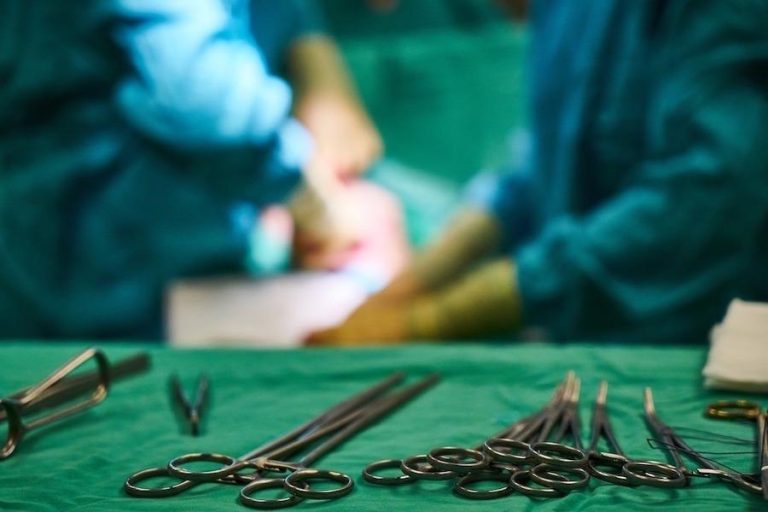 A file image of a surgery procedure. (Image: Engin Akyurt from Pixabay)

By now, enough research on the crime of organ harvesting in China has been published that most people looking into the issue accept that large numbers of unwilling prisoners of conscience have been killed for their body parts by the Chinese state.

Now, some researchers are broadening their investigations, looking into other aspects of the atrocity that many once thought was too hard to believe.

Researchers Pavel Porubiak and Lukas Kudlacek from the Swedish-based non-profit Institute to Research the Crimes of Communism have recently published their report investigating the role of companies and doctors from democratic countries in China’s illegal organ harvesting trade.

“Our research into western companies reveals that 20 companies, and with relaxed criteria 28 of them, are not only supporting such transplant business in China, but also have enabled it to get to a massive scale,” they wrote in their 60-page report released November last year.

Among the 28 companies’ names listed were publicly well-known companies such as Pfizer and Roche. See the report’s list of Western companies involved in China’s organ transplant industry below from the report. 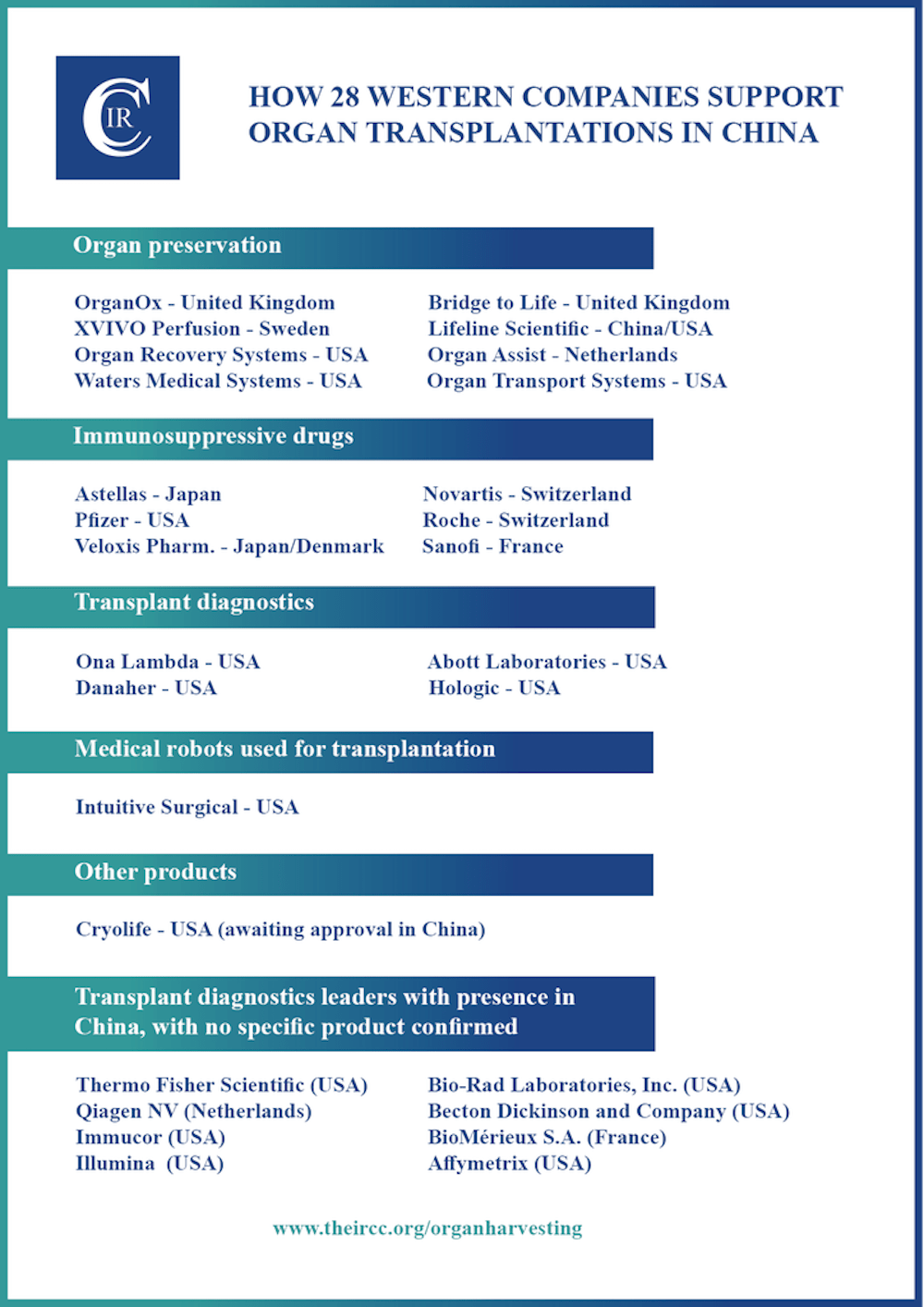 The report stressed, based on the evidence they found, that the business presence of the Western companies in China is crucial for illegal organ harvesting to be able to occur.

They could also play a role in stopping what is going on in China.

“The report points out that illegal organ harvesting from prisoners of conscience could [be] restrained or even be completely stopped if these companies ceased supplying their products to the Chinese market,” they wrote.

In their conclusion, the researchers briefly outlined the evidence that has surfaced over the past 13 years that reveals organ harvesting in China has been occurring.

The researchers said that the 28 Western companies are supplying China with the materials, drugs, and devices supporting the development of the transplantation business and that they must be fully aware of the facts above.

“Directly, or indirectly, their global business pulls their employees from their branches in Europe, America, or other parts in the world into this awkward situation,” they said.

The report pointed out that the Chinese doctors involved in transplants are dependent on the import of devices for organ preservation.

“The western companies in the area of medical business therefore support transplantation in a country where patients from at least 20 countries and regions in the world travel for an organ which was supplied to them outside of the waiting list for Chinese citizens, has a dubious source, and somebody might have been killed for it,” the report said.

“The current global policies enable western companies to conduct business in China where their products could very easily be used in crimes against humanity, as in many cases they are, or were at some point in time the only available of their kind.”

The report issued a warning to these Western companies.

“These companies, including their employees globally, are without any institution checking for their vulnerability in cases like this one, or an institution which would investigate the whole situation. It is quite pressing, as the criminals in China have all the motives needed to make these companies as much a part of these crimes as possible,” the report said.

The Swedish report follows widespread media attention given to the findings of an independent tribunal held in London mid-last year that found it was proven beyond doubt that the Chinese state is killing large numbers of prisoners of conscience for their organs.

In his final statement for the tribunal, war crimes prosecutor Sir Geoffrey Nice QC added that the world must act to end this atrocity.

“Forced organ harvesting has been committed for years throughout China on a significant scale and that Falun Gong practitioners have been one — and probably the main — source of organ supply,” he said on June 17, 2019.

Based on a year-long investigation, the judgment’s findings prompted further concerns over the outrage that first came to light in 2006 following claims that imprisoned Falun Gong practitioners were being killed for their organs in Northeastern China.

It began in northern China during the early 1990s. Easy to learn and free, it quickly spread through China and beyond its borders.

Due to the practice’s popularity, the Chinse communist state began to persecute Falun Gong practitioners in 1999.

Watch this award-winning short film by Swoop Films about the persecution of Falun Gong: