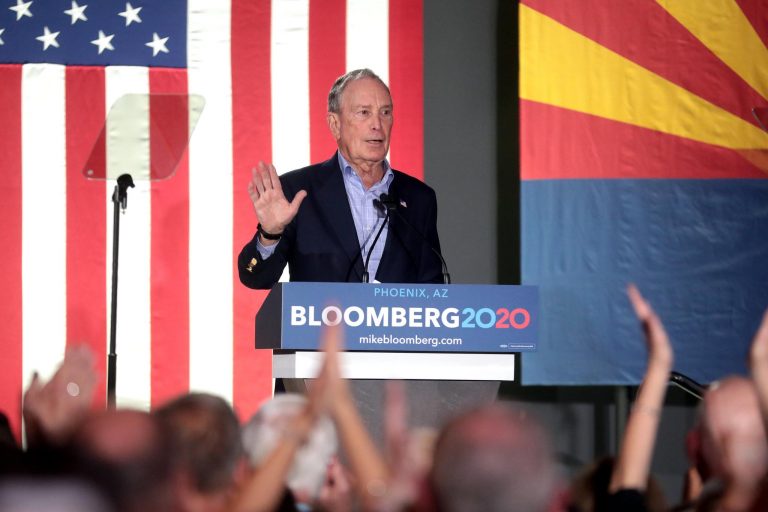 An ex-Bloomberg reporter was threatened by China and Bloomberg. (Image: Gage Skidmore via flickr CC BY-SA 2.0)

Journalists often receive threats for criticizing authoritarian regimes and leaders. Michael Forsythe is one such journalist who took on the most famous authoritarian leader on the planet right now — Chinese President Xi Jinping. The article triggered a backlash and his wife, Leta Hong Fincher, started receiving threats for his exposé.

In 2012, Forsythe wrote an article in Bloomberg in which he investigated the wealth accumulated by Xi’s relatives. Leta was working to get a Ph.D. from Tsinghua University in Beijing at that time. “Immediately, her husband began to receive death threats by a woman who told him she represented a relative of Xi. The woman specifically conveyed threats to Forsythe’s entire family, consisting of his wife, a 6-year-old and an 8-year-old at the time. Bloomberg News urged the family not to say anything,” according to Fox News.

Leta wrote a tweet about the threats, trying to let the world know how her family was in danger of exposing Xi Jinping. Just hours later, a manager from Bloomberg called her husband and demanded that he make Leta remove the tweet. Though she refused to delete the tweet, Leta chose not to speak about the death threats online ever again. In 2013, the family moved to Hong Kong and Leta thought that the tough times were over. She was wrong.

Her husband was writing a story that looked into financial links between family members of senior Communist Party officials and Wang Jianlin, the richest man in China. But Bloomberg blocked the story from being published and fired Forsythe from the team, as the media outlet was concerned that they would be thrown out of the country. Bloomberg lawyers from Hong Kong threatened Leta and her husband that they would “devastate” her family financially if they do not sign an NDA. Leta hired the attorneys who represented Edward Snowden. This made Bloomberg back off.

According to Leta, she hasn’t spoken of these incidents till now since she was terrified of what would happen to her and her family. “I am speaking out now because unlike so many other women, I am not bound by a nondisclosure agreement. Given the large number of women silenced by NDAs, it’s clear that there has been an environment of sexism at Bloomberg’s company. Bloomberg managers and lawyers treated me as though I were a piece of company property, an appendage of my husband, using intimidation and threats to try to bully me into submission,” she writes in The Intercept.

A bipartisan group of U.S. lawmakers recently introduced legislation aimed at protecting employees from being punished by their companies for speaking out against foreign governments like China. Called the “Preventing Foreign Censorship in America Act,” it will create enforcement mechanisms to ensure that employee rights are upheld while naming and shaming companies that willingly subject themselves to censorship demands from foreign states.

“The Chinese Communist Party is not content to exercise totalitarian control within its borders… Increasingly, it is seeking to control freedom of thought and expression throughout the free world by pressuring foreign companies to punish or censor their employees who speak out on topics deemed objectionable by Beijing. This has to stop,” Rep. Mike Gallagher (R-Wis.), a co-sponsor of the bill, said in a statement (The Washington Post).

Last year, the NBA came under huge pressure from the Chinese government due to a tweet by the manager of one of the teams. The tweet had supported Hong Kong protests, irking Beijing. The Chinese regime soon used economic coercion against the NBA and demanded that the culprit be fired. Sports channels like ESPN asked their talk show hosts not to speak about the Hong Kong protests.