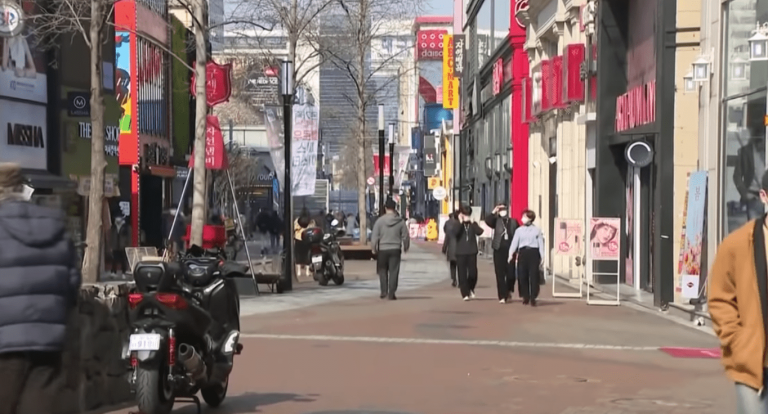 The number of coronavirus infections in South Korea has crossed 5,000, creating panic among the people. It is widely held that the members of a controversial local Christian sect are the main source of the viral outbreak in the country.

Meanwhile, a 23-year-old American soldier stationed in South Korea has become the first U.S. service member to become infected with the coronavirus.

“KCDC (Korea Centers for Disease Control and Prevention) and USFK (United States Forces Korea) health professionals are actively conducting contact tracing to determine whether any others may have been exposed… USFK is implementing all appropriate control measures to help control the spread of COVID-19 and remains at risk level ‘high’ for USFK peninsula-wide as a prudent measure to protect the force,” USFK said in a news release, as reported by Military Times.

The secretive Shincheonji Church of Jesus, which claims a quarter million members and sees its leader, Lee Man-hee, as the second coming of Christ, is regarded as a cult by many South Koreans and has come under fire for its apparent role in the massive spike of coronavirus infections in the country.

A 61-year-old woman and other Shincheonji members are thought to have attended one of the church’s gatherings in Daegu, central South Korea, despite having developed illness due to the coronavirus infection. The woman became a super spreader — someone who infects more than 15 others.

“Her behavior is not surprising to people familiar with the church… To them, getting sick is a sin because it prevents them from doing God’s work,” Chung Yun-seok, an expert on religious cults who runs the website Christian Portal News, said to The New York Times.

Prior to her church attendance, the woman, who had no history of recent travel to China, visited the city of Cheongdo, which later reported 16 cases of coronavirus infections at a hospital. Though the woman did not visit the local hospital, she is confirmed to have used a public bathhouse in the city.

Authorities are trying to reach out to the hundreds of members of the church. However, this is proving to be a difficult task since many of the members are hiding their affiliation with the church because of fear of reprisals by the government and public.

The way the church operates makes the members highly susceptible to being infected by the virus as the church encourages them to continue proselytization even if they are found to be sick.  Lee-Man-hee has since called the viral outbreak the “work of the devil” and has apologized over the virus’s spread. He admitted that some church members had been afraid to reveal their identities, but said the church had now revealed all of its information, including all its locations and members.

Still, the mayor of Seoul, Park Won-soon, has asked the Chief Prosecutor to charge Lee Man-hee with homicide by wilful negligence while growing anger over the sect’s handling of the outbreak has sparked a nationwide petition calling for the church to be disbanded. Nearly 1.2 million people have signed it thus far.

North Korea is apparently taking “unprecedented measures” to deal with COVID-19 spreading in the nation, with the totalitarian Kim regime ordering health officials to remain absolutely obedient to state instructions.

The government has officially stated that it does not have a single case of coronavirus infection, but insider accounts suggest that several people have died from the epidemic due to the large number of North Koreans who secretly travel to China for work or trade.

“At the moment, all foreigners coming into the country must be quarantined for 30 days… There are relatively few foreigners in North Korea, and only around 200 Westerners… North Korean authorities have also canceled the annual Pyongyang marathon, which typically sees people from all over the world participating… Around 3,000 people in North Pyongan Province — a north-western region bordering China — are also now under monitoring for reportedly showing suspected symptoms,” according to the BBC.

Experts fear that the virus situation in North Korea could worsen rapidly since the isolated, impoverished country does not have the proper healthcare infrastructure to test and treat infected people. Foreign diplomats have been locked in their compounds, unable to walk out in the open. The Russian ambassador in Pyongyang has called it a “morally crushing” situation.