China and the US Are Creating the Future Global Order 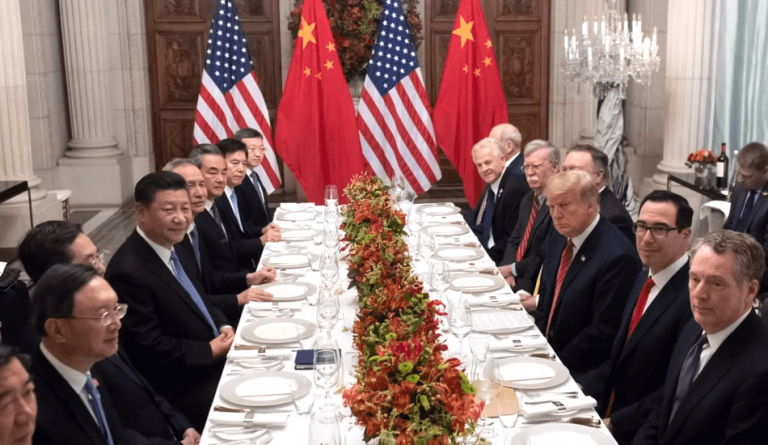 The global order may be ready to fracture, with some nations embracing the U.S. and the ideals of democracy and freedom, while others support China’s authoritarian form of rule. (Image: Screenshot / YouTube)

Together with Western nations, America led the creation of the present global order after the Second World War. It is an order marked by the ideals of democracy and freedom of expression and has been the source of world peace and stable economic growth over the past several decades. However, one country has avoided being a part of this order and chose to set up an authoritarian government that rules through fear and crushes dissent — China.

The U.S. and China have opposing market systems. The United States practices a free market system where companies, domestic or foreign, are free to compete with each other without getting any preferential treatment from the state. This fosters competition and makes companies responsible to the people. In contrast, China practices a form of state capitalism.

“China’s state capitalist system distorts the traditional workings of a market-driven economy by relying heavily on state-owned enterprises and state-backed national champions to ensure economic — and therefore political — stability. It depends on state subsidies that allow political officials to direct enormous amounts of capital and other resources as they choose. The government picks winners and losers,” according to Time.

As China’s influence grows, other nations might choose to follow its state capitalist policies as well. This would mean that U.S. companies would have to face competition from businesses located in other countries that are supported by their state governments through subsidies, cheap credit, and so on. States will fight with each other to keep their companies profitable and will create barriers aimed at avoiding the loss of local jobs.

The Internet is also fracturing into two. Earlier, there were fewer rules imposed on people when it came to accessing the Internet. Today, people in China face a ton of restrictions in this regard, a policy that is sure to be adopted by other nations with such authoritarian tendencies. And just as with other companies, the Internet ecosystem of the U.S. will be driven by private firms while that of China will be dominated by state-owned ones.

The data collected by the Chinese companies will enable them to refine their AI systems. In contrast, U.S. private firms might face bottlenecks when it comes to using customer data due to privacy rules. The Trump administration is said to be considering a new set of policies aimed at enabling public-private partnerships between the state and private tech businesses so as to take on China.

At present, the U.S. is the world’s largest economy in terms of gross domestic product based on purchasing power parity (GDP at PPP), with China coming in second. According to a report by professional services network PricewaterhouseCoopers (PwC), this will no longer be true by 2050.

“The world economy could more than double in size by 2050, far outstripping population growth, due to continued technology-driven productivity improvements… Emerging markets (E7) could grow around twice as fast as advanced economies (G7) on average… Six of the seven largest economies in the world are projected to be emerging economies in 2050 led by China (1st), India (2nd) and Indonesia (4th)… The U.S. could be down to third place in the global GDP rankings,” according to PwC.

According to a report by KPMG, the economies of China and India will both overtake the U.S. within the next 10 years. By 2030, China’s GDP at PPP is expected to be US$64.2 trillion, with India coming in at second place with a US$46.3 trillion economy. The American economy is predicted to be US$31 trillion, putting it in third. The calculations eliminate currency fluctuations.