Did This 2008 Book Predict the Coronavirus? 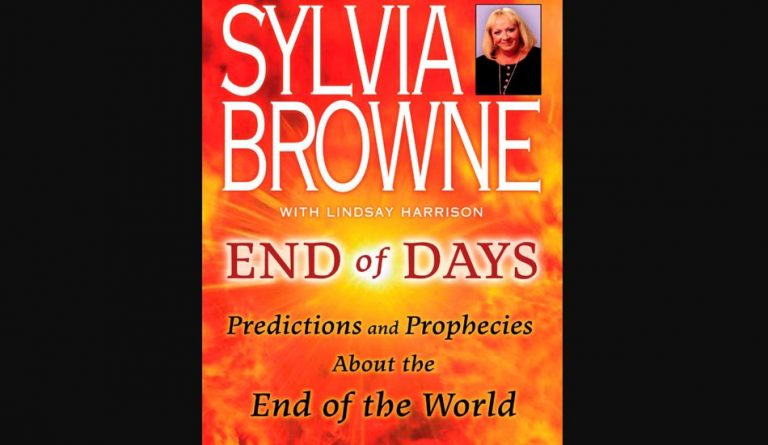 'End of Days: Predictions and Prophecies About the End of the World' by Sylvia Brown. (Image: Amazon)

In 2008, Sylvia Browne released a book called End of Days: Predictions and Prophecies About the End of the World in which she wrote about a pneumonia that would spread across the world. Interestingly, it has similarities to the present coronavirus outbreak.

“In around 2020 a severe pneumonia-like illness will spread throughout the globe, attacking the lungs and the bronchial tubes and resisting all known treatments. Almost more baffling than the illness itself will be the fact that it will suddenly vanish as quickly as it has arrived, attack again 10 years later, and then disappear completely,” the book predicted (Express).

The coronavirus does induce symptoms similar to pneumonia while also attacking the respiratory system. However, it remains to be seen whether it vanishes quickly as Sylvia foresaw, something the world desperately wants to happen right now. So, did Sylvia have psychic powers that enabled her to make a somewhat accurate prediction or is it all a coincidence?

First of all, most of her predictions have not turned out to be true. Sylvia has faced heavy criticism for such false predictions. She also faced criminal charges in 1992 for theft. As such, it is likely that Sylvia merely got lucky in predicting the coronavirus. This is akin to the “infinite monkey theorem,” which posits that if monkeys keep hitting a typewriter for eternity, it is inevitable that they will type some intelligible words.

Similarly, if you make hundreds of predictions, the chances of at least some of them turning out to be true become high. This is especially true for something as vague as a disease. Given that infectious outbreaks are common in human history, it stands to reason that such outbreaks will also happen in the future. Hence, a prediction about a future illness has a higher chance of materializing.

And it’s not just Sylvia’s book that seems to have predicted the coronavirus. A 1981 book by Dean Koontz called The Eyes of Darkness did something similar, but this book was even more specific. “They call the stuff (virus) ‘Wuhan-400’ because it was developed at their RDNA labs outside the city of Wuhan, and it was the four-hundredth viable strain of man-made organisms created at that research center,” Koontz writes in the book (South China Morning Post). Wuhan is the epicenter of the coronavirus outbreak. When there are too many coincidences as with Koontz, then that is something to think about.

The future of  the coronavirus

In 1918, the Spanish flu ended up infecting about 500 million people globally. After World War I, the spread of the flu slowed down since those who survived it had developed immunity against the virus. “If the virus comes into contact with another person but that person isn’t susceptible to the disease, then that chain of transmission is snuffed out. If one person infects two, those people together infect four and so on, and eventually, the virus runs out of susceptible people to infect,” according to Live Science.

Something similar is expected to happen in the case of coronavirus as well. There is a chance that the infection might die down as the weather gets warmer. However, it can rebound as soon as fall and winter arrive. There is also a possibility that the virus might eventually mutate in a way that rapid infection becomes tough. For instance, the SARS virus of 2002 quickly spread to 26 countries, creating a global panic. However, the outbreak soon fizzled out since the virus had mutated and became harder to transmit.