Lack of Free Speech Aiding the Spread of Coronavirus in China 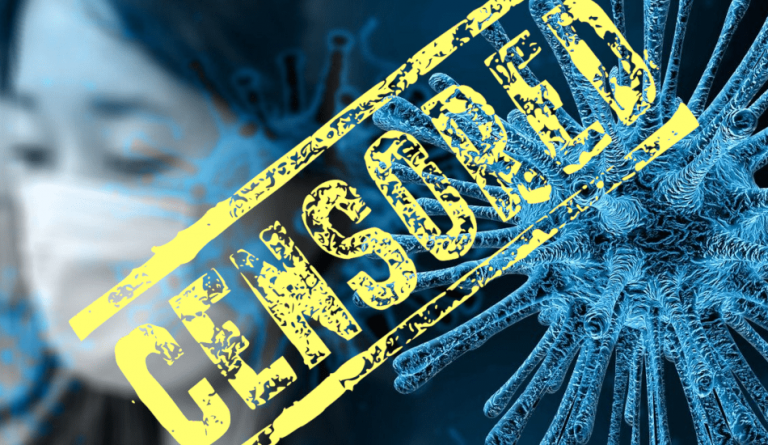 The spread of coronavirus (COVID-19) in China has had a very unusual ally — censorship. (Image via pixabay / CC0 1.0)

The spread of coronavirus (COVID-19) in China has had a very unusual ally — censorship, preventing free speech. Even before the virus became a major global headline, many Chinese had come forward to warn about the potential pandemic their country is facing. Beijing silenced their voices and has been censoring all news about the virus ever since, worsening the problem even further.

In early January, a Chinese doctor named Li Wenliang warned people that a mysterious virus was infecting the population. He was threatened by the authorities for “spreading rumors.” Other people who had also made such warnings online were arrested. A few days after these incidents, the Chinese government officially acknowledged that a coronavirus outbreak had happened. By then, numerous people had already been infected.

He Weifang, a law professor at Peking University, pointed out in an article that President Xi Jinping had already warned officials about containing the disease in early January, something that was kept hidden from the public. Weifang wrote the article by hand so as to bypass the WeChat censor system. However, the post was deleted in just about an hour.

“A shocking fact is that Xi’s January 7 speech was not reported by any media. Does Xi know that? Or did the leadership decide it was inappropriate to release it to the public?… If the media in Wuhan or Hubei could report freely and responsibly, the people would not have to rely on the buck-passing bureaucracy and live in misery,” Weifang said in the article (South China Morning Post).

Chen Qiushi and Fang Bin are two Chinese video bloggers who documented the extent of the COVID-19 infection in Wuhan, the place where the outbreak began. They had streamed several videos that showed the inefficiency of the administration in allaying people’s fear about the situation, body bags being stuffed inside hospital vans, and so on.

Not only were their videos taken down, but both of them have now officially disappeared. Mr. Chen’s relatives believe that the government has forcibly quarantined him. As the Chinese government intensifies efforts to crush the voices of those who try to educate people on the virus, several citizens have come forward to publicly rebuke the state for its policies.

An open letter by nine Chinese academics states: “For thirty years the Chinese have been made to surrender their freedom in exchange for safety, and now they fall prey to a public health crisis and are less safe than ever… A humanitarian disaster is upon us. The speed with which the rest of the world is repelled by China is faster than the spread of the virus, leaving China in an unprecedented global isolation.” (Business Insider).

China recently changed the way it counts “confirmed cases” of COVID-19 infection. The new method ended up lowering the official number of infected people, triggering suspicion that the government was trying to downplay the scale of the viral outbreak. Earlier, people categorized as “clinically confirmed” were counted in the tally of confirmed cases. Now, only people who have a positive lab test result will be considered as being infected.

“It’s very confusing to see true trends and makes elucidating them complicated… Did (the cases) really decrease or is it because you’ve been not reporting this the last few days?… There’s evidence that people don’t test positive until much later in the disease course,” Eric Feigl-Ding, an epidemiologist and visiting scientist at the Harvard TH Chan School of Public Health, said to CNN. More than 2,700 people in China have died due to the virus. Over 78,500 people have been confirmed infected.