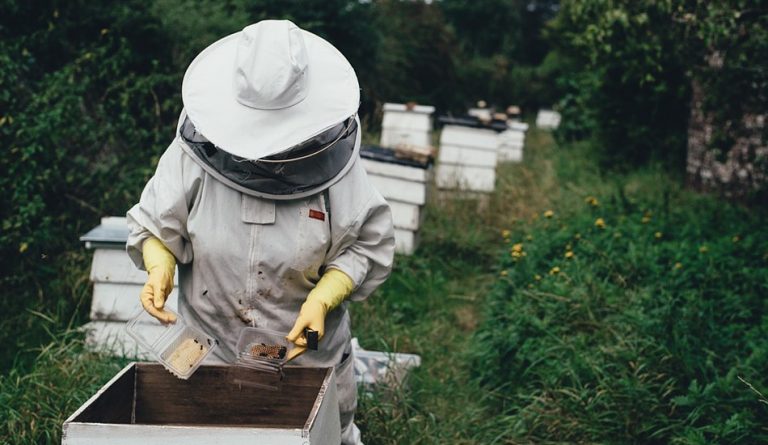 There is an old saying that “fortune favors the bold.” Those who strive harder than others are destined for success. Korean honey mogul Lee Sang Gap was once a poor village boy. But with his resilient character, innovative mind, honesty, and hard work, he managed to go from rags to riches. The story of his hardships and struggles has become an inspiration for people in South Korea.

Now aged 70, he is still as robust as when he started his journey. The fact that his gigantic South Korean company, Kkoh Shaem Food, continues to soar serves as proof of his youthful energy. As a man who crossed many milestones, what can we learn from Lee Sang Gap?

Be resilient and don’t stop

Philosopher Marcus Aurelius once said that the “foolish are those who… have no aim to which they can direct every impulse and, indeed, every thought.” At the early stages of his career, Lee had already set his sights on the honey business. And, as a fitting beginning, he started his journey with beekeeping.

But this didn’t happen until after a series of unfortunate events in his life. He stopped attending middle school and worked odd jobs in restaurants and shops while juggling as a street vendor at the same time. He ultimately had to stop working because of his deteriorating health. Through all this, he developed resilience within himself, enabling him to push forward to realize his goals. And now he proudly stands as one of the leaders in Korea’s beekeeping industry.

But beekeeping was certainly not a walk in the park for Lee. In the 1980s, he encountered problems in keeping his business afloat as Korea shifted focus from agriculture to the industrial sector. Instead of huddling in the corner, he worked even harder to fortify the quality of his products and stretch his reach to the overseas market.

“I’ve been interested in beekeeping to this very day, and have lived without regret,” Lee said to The Epoch Times. Time has passed and his passion has continued to grow. His contributions in Korea have earned him the Industrial Service Medal.

Be innovative and try new things

Lee, since the establishment of his company in 1997, has been an innovator paddling through the murky waters of the corporate world. Even when honey was in low demand, he worked with food, drink, and pharmaceutical companies to produce honey-infused products, a gamble that proved to be a win-win for everyone. Who doesn’t love a bit of natural honey in their diet?

David Burkus, the award-winning author of Under New Management and an Associate Professor of Management at Oral Roberts University, said that “creativity, the ability to generate novel and useful ideas, is the seed of innovation.” With the recent addition of VONBEE Honey Citron and Ginger Tea to Kkoh Shaem Food’s offerings, Lee’s company has developed something new for the Korean market.

The product mixes yuja tea, honey, and ginger. According to Lee, there are not many products of this kind available. Pete Foley of Fortune 50, with 25 years of experience in innovation and behavioral science, said that “innovative ideas can be big or small, but breakthrough or disruptive innovation is something that either creates a new category, or changes an existing one dramatically, and obsoletes the existing market leader.”

Yuja tea has always been quite popular in Korea, so by taking this existing product and developing it into a better one, Lee has, again, put himself at the forefront of his industry.

Innovation thought leader Mike Shipulski defined innovation as a “work that delivers new goodness to new customers in new markets, and does it in a way that radically improves the profitability equation.” Lee widened his influence in the United States by having Costco select his company’s products to sell at their locations across the country.

As President of Kkoh Shaem Food, Lee knows the value of innovation and is willing to create new items. “We have to keep making new products to satisfy this generation’s taste,” he said.

“To be honest and do our best” is Lee’s company motto. And at the age of 70, no one is stopping him from achieving more milestones as the honey mogul of South Korea.