Rich Man to Poor Man: An Inspiring Story From the Qing Dynasty 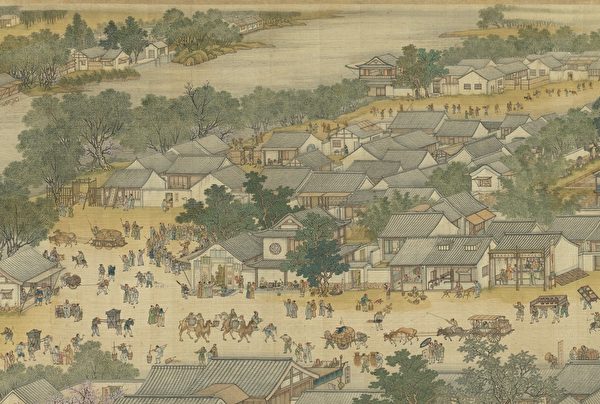 Since the founding of the Qin Dynasty, Chinese leaders have upheld the doctrine of Grand Unification. (Image: via The Epoch Times)

There is an ancient inspiring story about Wang Weng. Wang Wenjian was the greatest intellectual with the highest imperial examination marks during the Qing Dynasty. His ancestor, Wang Weng, was wealthy and did much for charity. Here is the story of Wang Weng.

During the Qianlong period, a famine occurred and many people died of starvation. Wang Weng was very sympathetic to the villagers and gave up his belongings to help them. Many people were able to be saved. However, he himself fell into poverty having given all his wealth away.

Unfortunately, Wang Weng’s misfortune continued as one by one, his nine sons died over the course of a year. Wang Weng and his wife were very sad and wondered why they gave up all their family wealth to save people and were rewarded by becoming childless. The couple decided to write a prayer, burning it in front of a Bodhisattva statue and praying to the Bodhisattva to give them an answer. The prayer text was full of sadness and sorrow.

That night, Wang Weng dreamed that the Bodhisattva said to him compassionately: “The nine sons you gave birth to were actually reincarnations of the nine demons, and they were all prodigals. Your ancestors had done great evil deeds that were hidden and unknown to others; Heaven sent the nine sons to ruin your family.”

“You, however, spent all your family possessions to help the famine victims, accumulating great virtue, so the emperor of Heaven ordered the messenger to take back the nine demons. Soon, some intellectuals will descend to revitalize your family. If you can be more diligent in developing moral virtue, then 20 years later, the Star of Wisdom will be sent to your home. Don’t be sad anymore.”

After waking up, both the couple realized that they had dreamed the same dream. From then on, they helped the poor and worked hard to help others.

Soon, Wang Weng’s wife and his several concubines became pregnant in succession and gave birth to five sons. All his sons were intelligent and well-known in school. Wang Wenjian, one of his sons, scored highest in the imperial examination and held a ministerial position in the Qing Dynasty. The Wang descendants all became prominent members of society.