Chicken Soup for Your Soul 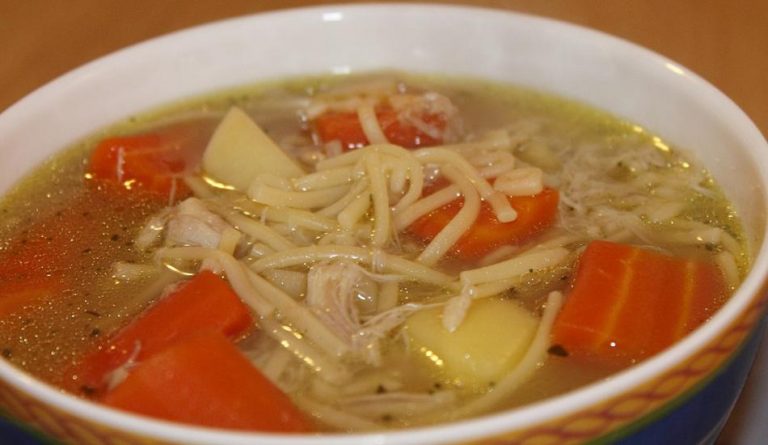 Do you remember that time when you came home after a really bad day? The weather was bad, you felt down, maybe your heart was broken. Then you got a whiff of mom’s cooking in the kitchen, and you felt instant relief. What was it? The one dish to solve all worries. A good ol’ bowl of chicken soup — that saved the day.

It doesn’t matter where you are in the world, chicken soup is the universal cure for all ails. The Filipinos have Tinola, Koreans have Samgyetang, Colombians also have their chicken soup in the form of Ajiaco; every nation has its hearty version of the dish. And from generation to generation, the recipe has been passed down.

The warmth of chicken soup has been around for millenniums that there’s no clear progenitor of the dish. What’s sure is that all nations, communities, and families pride themselves on their chicken soup recipe.

Archaeologists have pinpointed the earliest recorded evidence of chicken soup being used as a therapeutic dish in China. Watertight ceramic pots were discovered, some scarred by flames, in the caves of Eastern China. Then, later on, it was in the 2nd century B.C. that the Chinese medical texts identified chicken soup as a yang food, which added herbs to increase its potency. Even to this day, chicken soup is a dish served for pregnant women and elderly people, since they require the rejuvenating effect of the yang food.

In another part of the world, the Jews regarded chicken soup as a cure-all food. Maimonides, a 12th-century Jewish physician, propelled the idea of chicken soup as a medicinal dish in his book On the Cause of Symptoms. He wrote that the broth of hens “neutralizes body constitution,” even curing leprosy and asthma. The last part is surely an overstatement lacking true evidence, but the part where the chicken soup is effective for clearing congested nasal passages is backed up by modern scientific facts.

Rising as a famous hearty dish, the company Campbell has popularized the food, in combination with noodles — chicken noodle soup. The company was the first to commercialize the savory combination, which is bought in cans.

Chicken soup, a cure for all

It is the comfort food of all ages. But most importantly, as perpetuated by its history, chicken soup is a reputable folk remedy against colds and other illnesses. Clinical dietician Sandy Allonen says: “Studies have shown that a hearty bowl of chicken noodle soup may help clear nasal congestion and ease cold symptoms.” Just as how Chinese ancestors add therapeutic herbs to the yang food, Allonen strengthens the early evidence that chicken soup is “all about the ingredients.”

Scientific researchers have taken a sip of the comfort food’s health benefits through their research. According to one study, chicken broth is teeming with the amino acid carnosine: a compound with the most effective anti-inflammatory action against runny noses, sneezing, and cough.

Besides the broth, the veggies mixed in the chicken broth — like onions, celery, and carrots — offer anti-microbial protection thanks to the phytonutrients they contain. And, of course, chicken is full of cysteine: an amino acid diminishing mucous and helping the tiny hairs trailing the bronchi and lungs called cilia to remove mucus from the lungs.

Whether it is sickness or just emotional blues, chicken soup is the dish to soothe both body and soul.