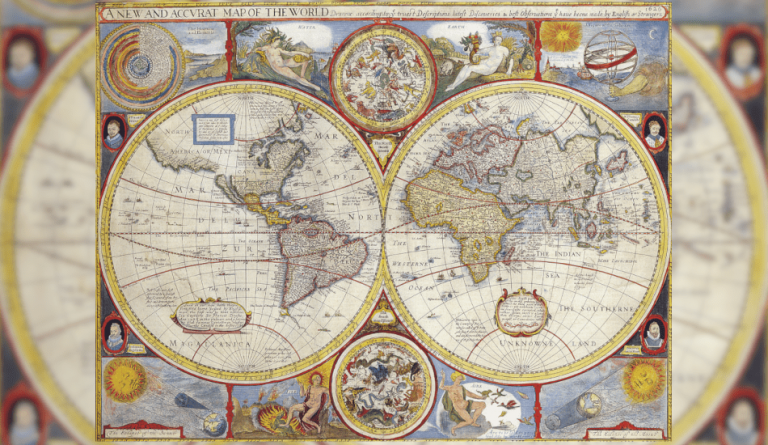 Since 2018, maps produced in China have needed the approval of the State Bureau of Surveying and Mapping before they can be published. (Image: via pixabay / CC0 1.0)

Many countries have border disputes with neighbors and will always have their national maps reflect their own biases. China has taken this to the next level by orchestrating a campaign to ensure that most world maps only show the geography of Asia exactly the way it’s drawn in Beijing.

Beijing has quarrels with India and claims that the Indian state of Arunachal Pradesh belongs to China, where it is called “South Tibet.” The country also clashes with Vietnam, Taiwan, the Philippines, and others when it comes to the South China Sea, insisting that the entire region belongs to China.

Last year, the Chinese government went on a rampage against “problematic” maps that did not display the borders as dictated by the Communist Party. Almost 30,000 maps were purged in the process.

They “were destroyed at a secret location in the city of Qingdao last Thursday before being exported to an unspecific country… the world maps totaled 28,908 in number and came in 803 boxes. They illustrated Taiwan as an independent country and ‘wrongly depicted’ the Sino-Indian border on the edge of the Tibetan Plateau,” according to Daily Mail.

Companies across the world often choose China for printing maps due to cost-effectiveness. After Beijing established a rule that maps and globes manufactured in China should show borders as decided by the Chinese government, almost all maps exported across the world now show the Indian state of Arunachal Pradesh and the South China Sea as being part of Chinese territory. So whether you buy a map in the U.S., Sweden, Iran, or anywhere else, there is a good chance that you are getting the Chinese communist version.

Even Google is forced to depict maps according to China’s instructions. And the company does not even have a presence on the mainland, only in Hong Kong and Macau! That’s how pervasive and strong the Communist Party’s pressure is. A petition on Change.org demands that Chinese censorship of maps be brought to an end. At the time of writing this article, it has garnered over 11,000 signatures.

“This is China’s ‘map warfare.’ Their goal is to gradually change how Americans perceive China’s rightful territory. Companies like Oregon Scientific and Discovery Education are already selling Chinese-made globes in the U.S. that teach American children China’s false territorial claims. Do not let China succeed in its ‘map warfare.’ Do not let the next generation of Americans be fooled by this propaganda,” states the petition.

Companies that source maps from China are increasingly moving away from the country and looking for alternatives. This is especially true for publishers from Australia and New Zealand. Awa Press, a publisher from New Zealand, had to delay the production of a book by a month last year since the maps of Antarctica needed to be vetted by authorities.

“We would have to think about whether we will continue printing in China or not. There are printers in other countries who are also good printers and wouldn’t require this extra month… I feel sorry for the Chinese printers because I’m sure they will be losing work due to this,” Mary Varnham, the editor in chief of Awa Press, said to Inkstone.

The rule that all maps published in China should be approved by the State Bureau of Surveying and Mapping was introduced in 2018. Maps that do not meet the criteria are modified before being published and exported. Publishers who refuse to make the required changes are denied permission to get their books printed in China.