The Exquisite Style of Ming Furniture 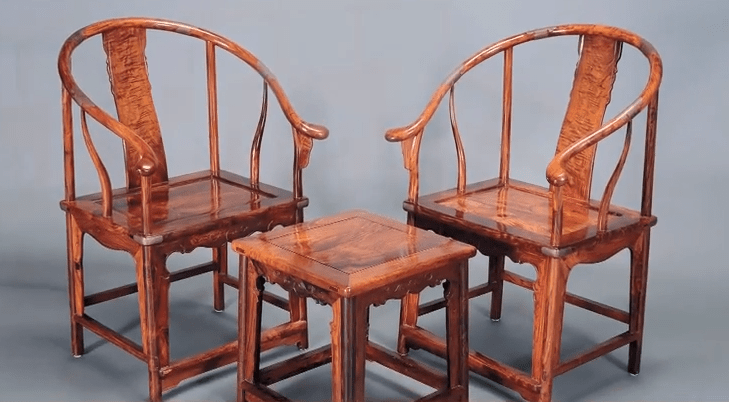 Furniture-making in China is often considered to have reached its zenith during the Ming Dynasty. (Image: Screenshot / YouTube)

The Ming Dynasty (1368 to 1644) is often considered to be the period when the art of furniture-making reached its zenith in China. The furniture of this era was usually made of a single large piece of hardwood. Though simplistic in design when compared to furniture styles from previous periods, Ming furniture stands out with its excellent focus on function and skillful craftsmanship.

One of the most used materials in making Ming-style furniture was a wood called huanghuali, which was highly prized by craftsmen for its aesthetic quality. A big downside was that a huanghuali tree took a long time to grow. As such, getting this specific type of wood was difficult.

The style of Ming furniture was significantly influenced by the huge demand from scholars. Unlike scholars from past dynasties, those during the Ming Dynasty showed a genuine interest in furniture design.

“The scholars grasped the essence of ‘less is more.’ Decoration for decoration’s sake was a lowbrow skill. In quality furniture, the texture of wood was fully used to reveal natural beauty. Simple design had nothing to do with cheapness; red sandalwood and scented rosewood represented essential value. Scholars had their special interests and preferences. Small tables, vases, bibelots, and incense burners created an elegant atmosphere,” according to Travel China Guide.

Special attention was given to ensure that the furniture would suit the bodily form of the person using it. Details like the height, lines, size, and curves of things like chairs, beds, etc., were adjusted accordingly. An iconic shape that comes from Ming Dynasty furniture is the horseshoe-back armchair.

A standout feature of the furniture of this era was the method of joinery — no nails were used by craftsmen. Instead, they focused on pressure points.

The joinery from this time basically represents the most comprehensive development of mitered mortise and tenon in the world. Owners of the furniture could disassemble the furniture and move it somewhere else with ease. This was basically lego style furniture.

Chinese furniture making also went on to impact the West. In 1944, Gustav Ecke published the book Chinese Domestic Furniture. The book became a hit in Scandinavia and heavily influenced the style of furniture developed in the region after the Second World War.

Furniture created during the period tended to be bigger in size. More than one piece of wood was usually used to construct it. The main reason why Qing era furniture ended up with a different set of design values stems from the fact that this was a time of great prosperity. As such, people started paying more attention to materialistic things, including having their furniture feature complex, intricate decorations.

If you ever visit China and wish to see some furniture from the Ming and Qing dynasties, head over to the Shanghai Museum located near People’s Avenue in the Huangpu District.