The Way of Archery in Ancient China 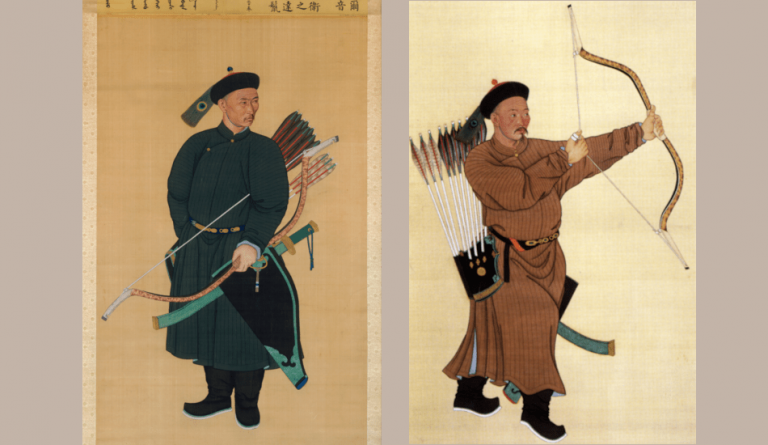 Archery has a long history in China, having been listed as one of the Six Noble Arts during the time of the Zhou Dynasty (1146 to 256 B.C.). (Image: Mikel Davis via Nspirement)

Archery has a long history in China. It was listed as one of the Six Noble Arts during the time of the Zhou Dynasty (1146 to 256 B.C.). Philosophers like Confucius and Lao Zi are known to have been skilled in archery. In the 17th century during the Ming Dynasty, the practice came to be referred to, in manuals, as “The Way of Archery.”

At the time of the Zhou, the aristocracy would hold rituals in which archers would shoot at a target with proper conduct and form accompanied by music. With the end of the dynasty, the civilian rituals stopped. However, later kingdoms continued with military archery ceremonies and used them as part of examinations through which military personnel were selected. The participants were required to show their strength with bows designed to test physical vigor. They also had to display proficiency in mounted archery as well as on foot.

“Before the Warring States period (between 475 and 221 B.C.) chariots would carry one driver, one halberdier, and one archer which was the standard place for an archer at the time. Reforms of King Wuling of Zhao in 307 B.C. introduced mounted archery — archers on horses which proved as more effective. Chinese infantry on land used crossbows because they were easier to use and to train soldiers. Bow and arrows were used for training and during naval battles,” according to History of Archery.

As early as 600 B.C., the Chinese were using crossbows with trigger mechanisms that could withstand high draw weights. During the 14th century, the design of crossbows became simpler. As the modern age crept in, the use of bows started to decline. During the Qing Dynasty, Emperor Guang Xu made a significant change to the military exam starting in 1901 — the practice was abolished. Though some people tried to revive the practice a few decades later, the attempts ended in failure as guns proved to be much more efficient.

In 1998, a Chinese man named Ju Yuan Hao restarted traditional bow making, which later inspired others to do the same. Starting from 2009, the Chinese Traditional Archery Seminar has been held every year by enthusiasts, with the aim of creating a new tradition of Chinese archery suitable for modern times.

“Like most eastern archery techniques for drawing a bow, traditional Chinese archery uses a thumb draw. Utilizing a thumb draw typically requires a thumb ring to protect the digit from repeated stress. Thumb rings from ancient China came in a variety of shapes and materials including horn, Jade, various metals and leather thumb tabs,” according to Archery Historian.

Different schools of Chinese archery came up with detailed instructions on how to master the craft. They talked about the height at which the arrow has to be anchored, positioning of the feet, applying tension to the bow hand, and so on. Chinese archers usually placed their draw hand near their cheek, ear, front shoulder, or past the face.