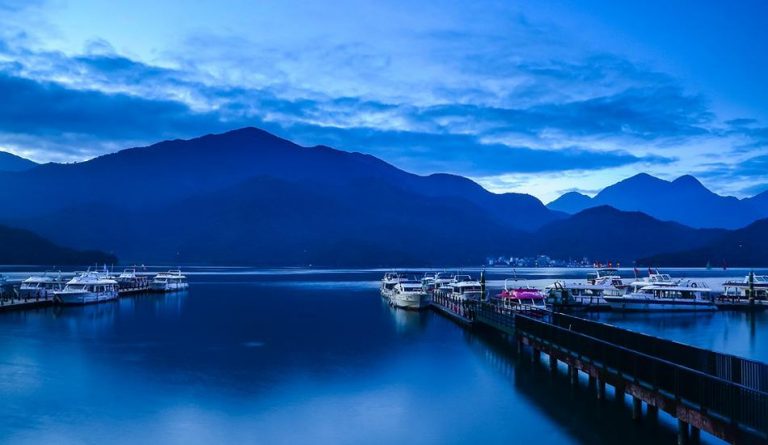 A long time ago, men of the Thao Tribe went on a hunt. They spotted a deer, followed it, and chased it. In their pursuit of the animal, they stumbled upon a lake. With its lush green forest brimming with life and fish-filled waters, it mesmerized the hunters so much that they decided to relocate their entire tribe down by the lakeside.

This legend holds to this day. People around the world travel to Taiwan just to see the wonders of Sun Moon Lake. If you’re itching to know more about the lake, then here’s a brief guide to help you.

Legend of a name

Sun Moon is Taiwan’s largest lake. There are many legends about how the lake’s name came to be. One popular story is about the couple who fought to reclaim the sun and moon. According to this narrative, a young Thao couple went to the lake in search of the missing sun and moon. There, they found what they were looking for, only to discover that the sun and moon had become playthings of the dragons.

With the help of an old man who was enslaved by the dragons, the couple defeated the monstrosities by finding and throwing the golden ax and scissor into the lake, as advised by the old man. They got the sun and moon in the palm of their hands, but without the strength to lift both, their epic battle was futile.

The old man then informed them of the superhuman power bestowed by the dragon eyeballs when consumed. The couple ate an eyeball from each dragon, transforming into giants, giving them the strength to put the sun and moon back in their place.

What makes it a popular destination?

Sun Moon Lake is regarded as one of Taiwan’s most beautiful scenic areas. Gaze up and your jaws will drop from the sight of the surrounding mountains and breathtaking landscapes. The pristine water reflects the image of the surrounding beauties, which makes the lake truly picturesque.

The lake is a stunner no matter the time of the day. In the early morning, haze covers the lake like cream. As the sun towers the mountains, the lake turns into a mirror reflecting the trees and the mountain tops. When dusk falls, a golden color paints the entire area. The evening sky and its stars, along with other light sources, illuminate the lake like dancing lights swaying with the ripples.

How to get there?

Sun Moon Lake is located in Nantou County in Central Taiwan. To get there, you have to take a bus from Taipei or Taichung.

When coming from Taipei, take Kuo-Kuang Bus 1833 at Taipei Main Station: It will take you directly to Sun Moon Lake. If you’re traveling from Taichung, ride the Nantou Bus at Gancheng Bus Station. But instead of buying bus tickets, avail a Sun Moon Lake Pass to get discounts to a variety of Sun Moon Lake attractions.

The best way to experience the lake is by taking a boat ride. This is also a great option for moving around the major attractions in the area: Shuishe, Ita Thao, and Formosan Aboriginal Culture Village.

Shuishe is the main tourist hub. Here, you can find shops, restaurants, and hotels that cater to your needs. Sun Moon Lake is considered one of the “world’s most scenic bike paths,” and Shuishe is the right place to rent a bike for a trip around the lake.

In contrast to Shuishe, Ita Thao is a blend of tourist-oriented flavors and aboriginal touches. Just above the tourist village is the main aboriginal village of the Thao tribe. It also has better access to the waterfront. If you’re interested in Thao culture, then you should check out the Thao Tribe Performance Center.

The Formosan Aboriginal Culture Village was established to bring the Taiwanese Aboriginal heritage to visitors. This place is fun, with an amusement park and other entertainment attractions. These are just a few of the places to visit at Sun Moon Lake. Explore and make the most of your visit to this natural wonder!